What’s the Limit to Setting Limits?

Parents Can Reasonably Set Limits For Their Children by Thinking in Terms of a Stop Light: Green , Yellow , Red .

We'd allowed our children to have sleepovers. That's just what everybody did. Then my family faced two encounters that we could not tolerate.

First, my two daughters spent the night at a neighbor's house - which they'd done countless times before. But this time they reported that the mom had left, leaving her risqué and sexually inappropriate movie playing as "background noise," which became the images my daughters fell asleep to.

Next, my son was sleeping over with a well-respected family where we had no initial concerns. Later, he confided that he had been cornered by one of their older sons who started touching him in inappropriate ways. The entire time, the parents were upstairs and completely unaware of the event.

That is when we realized we needed to change our rules and set some limits. We had to stop what was already in motion. Our children didn't understand. They loved having "cousin trades," and sleepovers with friends.

It was commonplace in their lives. But we abruptly had to say "no more," and the kids fought it. We needed the limits set, but nothing we did seemed to help our children understand or willingly obey.

Setting necessary limits with children can be very difficult, especially in circumstances where children do not, or cannot fully understand the reasoning behind it. Here are some more tips on setting limits with young adults.

Jane Nelsen, a distinguished psychologist, educator, and mother of seven, expressed in her book, "Positive Discipline," that there needs to be respect for both the child and the parents. If you lose respect for either, there will be conflict. Respecting children does not mean always giving them their way; respecting parents does not mean children have to mindlessly obey. It means understanding each other, seeing each other as individuals, recognizing that both have emotions and treating each other accordingly. The child's side needs to be heard with an open mind and with understanding, even when the parents know they are right.

It is also important to remember that as children grow their limitations should decrease. For example, when a child is 3 years old, there are numerous limitations, such as no eating outside of the kitchen, bedtime at 8 p.m., not going outside without mom, etc. However, when a child is 13 years old, not only are those limitations different, but there aren't as many. Now, it is more like, "Mom and Dad need to know where you're going, who you're going with, and how long you will be gone." This concept of having limits expand as the child grows, called the "V of Love," is found in Foster W. Clines' parenting book titled Love & Logic.

Children do need limits; that fact should not be disputed. But what to limit is often up to the discretion of the parents. In doing so, parents must remember that the needs and desires of the child should not be ignored.

John Gottman, a professor of psychology at the University of Washington and the author of, "Raising an Emotionally Intelligent Child," taught that the child needs to be involved in the decision process. He said, "If you really want your child to own the outcome, you should encourage him or her to generate some of her own ideas."

Gottman does not intend children to dominate or make all the decisions. However, when children take part in the limit-making process, it gives them a sense of loyalty and responsibility to the decision. Here are some tips on setting limits with teens.

Think of setting limits in terms of a stoplight analogy. The "green light" would indicate simple limits that the child can take part in setting. These may include whether to wear a coat or jacket, or perhaps how long to play at a friend's house. The parent still "coaches" the child and helps him or her understand appropriate limits while allowing the child to make decisions.

A "yellow light" is when the parent needs to be aware and listen to the child's "side" but not necessarily allow the child to call the shots. In some cases, the parent may let the child go ahead with the decision, even if it isn't sanctioned, knowing that natural consequences will follow. Other choices may require the parents to stand firm after understanding both sides.

The "red light" is when limits must be set in order to protect the well-being of the child or others. These occasions would include activities or behaviors that are unethical or illegal. For young children, it might be as basic as not running into the road. The sleepover story cited above could be considered a "red light" limit.

Setting limits with children is challenging. However, applying the principles of respecting the child, basing the limits on the growth and age of the child, involving the child in the decisions, and determining when the parent really needs to "call the shots" can help reduce conflict and bring better judgment to all members of the family.

Valerie is a senior at Brigham Young University-Idaho. She is majoring in Child Development with a minor in Marriage and Family studies. Her passion is anything that involves children, and if she can do something to make a difference, she will.  Valerie and her husband are expecting their first daughter and are also hoping to become foster parents within the near future.
nextarticle 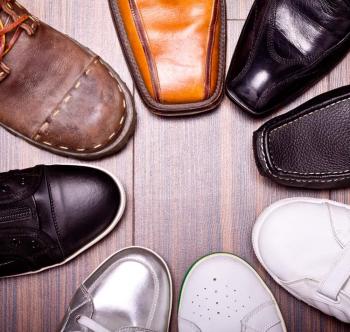 The Importance of Extended Family