When Another’s Child Confides in You

While Manning the Carpool, Your Neighbor's Child Ends Up in the Front Passenger Seat Rattling on About Her Life. You Realize That There is a Real Problem She is Dealing With - Something She Wouldn't Share With Just Anyone.

While being the carpool dad or mom, one of the kids you are toting around sits in the front passenger seat and keeps a running conversation going. Usually you try to pay attention while keeping an eye on ten other things at once, including traffic. However, the tone of this conversation is different.

This kid tells you about someone he knows who is being hurt at home.

Your eyes get big. You check the mirror to see if anyone else is paying attention to your conversation. What the child is saying is serious stuff.

Maltreatment takes many forms. Statistics featuring the percentages of children who experienced abusive (and reported it) in 2005 are telling.

Other 14.3 percent (abandonment, threats to harm, congenital drug addiction and other situations that have not been counted as specific categories. Percentages add up to more than 100 percentage points due to some of the children being victims of more than one type of abuse - as if one was not enough.)

Boys and girls are equally likely to suffer maltreatment. In a 2005 report published by the US Dept. of Health and Human Services, 47.3 percent of child victims were male, and 50.7 percent were female. Victimization rates were highest among the youngest population of children, birth to 3 years, at a rate of 16.5 per 1,000 children.

Abuse or neglect among children with a disability or chronic illness is twice as high as it is with average children. And those with these disabilities are "less likely to be believed or viewed as credible when they attempt to report."

What do you do?

Here are several guidelines to help you respond to the child in a responsible, kind and professional manner. Yes, I mentioned "professional." Potential abusive need to be handled with caution and care. There are lives at stake.

Don't overreact. Regardless of your own feelings, do not react with shock or disgust. Do not pass judgment on the situation or the child, or on anyone the child mentions. This is a time to be calm and remain neutral. If the child sees you react wildly, he may stop talking or try to laugh it off.

Be supportive of the child, and don't ask him to "prove it" or to give you details. Do not put words into his mouth. Let the child speak at his own pace.

Many of the children have different and possibly conflicting feelings about what has happened or what is happening. The child will usually know the people involved, and they will have varying levels of what they may see as loyalty.

It's OK to validate the child feelings. You don't need to confirm or agree with the situation. You don't know the facts, but you do know how the child feels or could be feeling. Let the child know that it's OK he told you.

Come right out and ask what the child wants you to do. Let him know that you would like to get someone else involved who can help and that there are people who know about these kinds of things and can help everyone. Don't freak them out by talking about police, or other authorities.

Don't make promises that you can't keep, even if you think the child will benefit in the long run. Don't promise to keep the secret. Find a way to let the child know that you will do what you can to keep the child safe, and that may include letting professional helpers do their job. If child protection advocates waltz into the house after you have promised not to tell, you may have lost a chance to really help.

Instead, give the child options, such as: "Do you want me to come with you when you tell your mom and dad about what your teacher did, or do you want me to tell them on the phone?"

Don't try to be a TV detective. Please use caution. You do not have all the facts. Your place is not necessarily to investigate, but to make sure the information gets to a professional who can legally and professionally act.

There are advocates for children in your city or at the schools. Find an expert and get advice. Do not try to take care of the issue on your own. There are abuse and crisis centers available, stocked with therapists and social workers who are excellent resources. Once it has been turned over to authorities of some sort, follow through with the child.

Once the child tells you there is an issue, the clock has started to tick. Do something appropriate about it now. You are protecting a child. 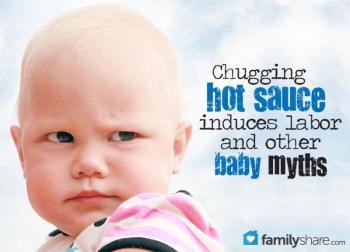