When Letting Go of Your Child is Downright Scary

I Never Wanted to Hover Over My Son, But My Own Fears Were Preventing My Son From Growing Up.

My son has always been naturally skiddish. Or " so I thought. It took us months for him to have the confidence to go down the spiral slide at the park near us, and once he did, it seemed like it took ages before he was ready to do it again.

I tried to be right there, putting a guiding hand on him and holding his hand whenever he felt a little bit nervous. If he went too high, I'd give him a gentle reminder, saying "Be Careful!" to the point that anytime he'd get someplace even remotely high off the ground, he'd look at me and say "Be careful!" to make sure I knew he was doing something dangerous and I should be there watching. And by dangerous, I meant sliding down the slide barely two lengths of his body in our basement "¦ not a scary drop at all.

I thought it was OK for him to stay close to the ground, that maybe it'd keep him safe. After my brother broke his collarbone last winter, I knew that it was practically best to wrap my son in bubblewrap to prevent similar injuries. So, time and time again, I stayed right there keeping careful watch on every slide, climbing apparatus, and swingset. I was being a good mom, right? Keeping watch over my son is a good thing.

Until one day, Zach helped me realize maybe I wasn't doing things right after all

It started first at our local park, as Zach climbed the steps to the spiral slide. I offered my hand, and he backed down the steps again, scared of the slide's height. He just couldn't do it, and that was OK. But then he had a second thought, and he looked at me and said "Back! Back!" I stood back, away from the scary slide. I assumed that he asked me to give him space so he could finish his descent down the steps, but what he did shocked me. He put on a brave face, climbed to the top, and slid down the giant spiral slide. He then climbed again, said "Back, mom!" and slid down again.

We left the park that day both feeling a sense of pride, relief, and elation that he had conquered the slide, the highest point in the park.

Soon after that day, we went to a park playdate at a park with some of Zach's friends from his music and movement class. Zach reminded me only once that day, "Back, mom."

This park had one interesting feature, a large pair of climbing rocks about 5 feet tall and 6 feet tall, respectively. They had webbing between them, allowing the kids to climb to the top and back down again, as well as handholds on the sides so kids could climb up the side normally. At one point, Zach stood tall on the 5 foot rock. The other kids were smattered along the webbing, and I knew that Zach was looking ready to get down. I started to approach, to see if he needed help.

But I went slowly "¦ in my head, all I could hear was "Back, mom, Back!" I knew that he was capable, I did, but my mom instinct told me that the only way we were leaving this park was in the back of an ambulance, and that I better make sure we have everything we need to go straight to the hospital from the park.

And then, as my heart raced, as kids climbed, as my son stood on that rock, time froze.

He was fine. We made it home from the park without even so much as a scrape or bump.

It's true "¦ my own fears, fears he'd fall or not fit in or that we'd go straight to the hospital from the park had kept my son from facing his fears and playing with the other kids. I never wanted to be a helicopter parent, hovering over my son's every move, making sure he'd be safe, bubble wrapping him like I found myself doing emotionally. My fears were a box, one he couldn't escape, because he felt my anxiety and didn't do things because he knew I didn't feel safe, not because he didn't feel safe.

So from now on, feel free to think I'm not being a good mom because I'm sitting on the bench reading a book. I'll be silently realizing that the best way to be a good mom to my son is to let him find his way. Will we end up in the emergency room? Yeah, I'm sure we will once or twice. I can almost guarantee there will be a bump or bruise or broken bone somewhere down the line. But I also know that my son is a brave little dude, and that we're both going to be just fine "¦ no bubble wrap necessary.

Editor's note: This article was originally published on Jenni Schoenberger's blog, Mama Plus One. It has been modified and republished here with permission. 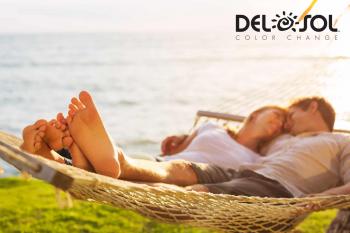