When You Are Down to Nothing, God is Up to Something

Sometimes We Feel Beaten. We Wonder What Else Could Go Wrong, and Why We're Being so Tested. It Helps to Remember That God Has a Higher Perspective and Special Reasons For Our Trials.

There was once a young man, beloved by his father, who was handsome, talented and good. Unfortunately, he had many brothers who felt threatened by his talents and their father's attention to him. They were jealous and wished to kill him. Instead, they sold him into slavery.

The good young man was carried into another country and placed as an overseer in a large household. But soon, misfortune struck again when he was wrongly accused of a misdeed and thrown into prison. Now, what had this poor man done to deserve being cast out of his family, sold to foreigners and thrown into prison? Nothing.

Fortunately, God had a plan for Joseph of Egypt. God blessed him with the gift to interpret dreams. He was also given wisdom and strength of character. Eventually, Joseph became Pharaoh's right-hand man and a wise and powerful ruler, and helped Egypt through its famine crisis.

Although it's not fun to think about, each of us has or likely will experience heart-wrenching trials. Whether we suffer the loss of a loved one, our health, our job or home, a wayward child or any other hardship, our faith will be tested. This is often difficult for us to deal with as adults and parents, but it's even more difficult for our children to understand. Teaching children that God loves them and that the trials they face help them grow and mature is a lifelong endeavor.

How can we remember that God is in charge and stay faithful to him in our trials? Let's see how Joseph handled his difficulties.

God does not leave us comfortless

Throughout the Bible's account of Joseph, it's stated over and over that "the Lord was with Joseph." (King James Version, Genesis 39) While serving as an overseer for Potiphar, "the Lord blessed the Egyptian's house for Joseph's sake." (KJV Genesis 39:5)

We can remember that in our times of need, whether personal or with family members, the Lord has promised, "I will not leave you comfortless: I will come to you." (KJV John 14:18)

Whatever your situation, do your best

Early on in Potiphar's home, "Joseph found grace in his sight." (KJV Genesis 39:4) He had the Lord's spirit with him, and he was likely a humble and obedient servant. He was a "well-favored" and "goodly person." (KJV Genesis 39:6)

After being wrongly accused and thrown into prison, Joseph's character impressed the prison keeper. He was even given a leadership position there. (KJV Genesis 39:22)

Certainly Joseph could have developed a cynical, disobedient attitude after all he had been through. But he chose to rise above his circumstances and do his best in each situation he found himself in. When our children try our patience, or we face any type of crisis, we should always just do the best we can.

While in prison, Joseph showed compassion for two prisoners, the butler and baker of the king. He interpreted their dreams for them, and the butler was restored to his position. (Sadly, the baker was hanged.) Then another two years passed before the Pharaoh dreamed his dream and the butler remembered Joseph's gift of interpretation. Joseph's opportunity to help the Pharaoh had finally arrived.

Throughout his years of trials, Joseph remained patient. I believe that he bided his time, decided not to doubt God, and he was eventually greatly blessed.

As hard as life gets, we can remember that God is always aware of us and our needs. When we feel worn down to nothing, we can remember that he loves us deeply. He knows that we'll eventually rise up and become strengthened through our hardships. He has a plan for each of us and he believes in us. Our job is to seek his comfort, do our best and be patient. 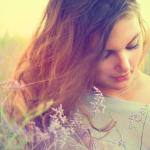 6 Ways to Know That God is Speaking…