When your kid asks if Easter Bunny is real

It's a Tragic Day When Your Babies Ask if Easter Bunny is Real.

If you've spent years creating magical clues like this,

it's a tragic day when your babies ask if Easter Bunny is real. You're not alone in your sadness.

17 years old and my mom is still trying to convince me that Santa and the Easter bunny are real ?

Here are some ways other parents answered this important question.

Slip it to them when they least expect it.

Tommy had an Easter egg hunt this afternoon with his friends. He is pretty proud of this egg... pic.twitter.com/Vdq61tjGVx

"Opened an Easter egg with a note on the inside that said ... 'Guess who's not real?'"

"Once they start asking questions, they're ready for answers. (I've always used that rule of thumb ... and it's never turned out poorly.) Answering those questions with honesty sends a message that your kids can trust you. Believe me, you WANT him coming to you with questions instead of getting his information from friends."

"We have a 4-year-old and she has the belief in Easter Bunny and Santa, but when we went to the mall (not to take pictures) and she saw the bunny, she said he can't be real because he's wearing glasses (the costume had glasses). I just told her she might be right."

"My son is 8 and finally 'broke the news' to me this year that he hasn't believed in anybody for quite some time. ... Now, instead of Easter Bunny coming, Easter Mommy left him a basket and Tooth Craigy (my fiancé's name is Craig) left him a silver dollar for his last tooth."

"Santa, Tooth Fairy and Easter Bunny are real. They are us when we sneak around to gather teeth and leave toys or money. They are us when we choose to make baskets and hide them or have that one special present come from Santa. Kids figure it out by themselves and one should not remove magic from childhood. My mother to this day talks about Easter Bunny like he is real (I am 58 and Amy, my daughter, is 25). She makes him sound so real. ... As long as you play the part, they are real. ... They live on in us."

Let the friends spill the beans.

Some kid told my daughter the Easter bunny isn't real and it's her parents.
She said "No way, my mom would never give us her chocolate!"

Keep going with it even when they know it's fake.

"Your kid's life won't be lessened by not believing in fake creatures. We do Santa and such at our house but are open about how it is something we pretend because it's fun. If the tradition is important to you, keep it going as a fun family thing, even if it isn't real."

Let Google be the teacher.

my 7 year old sister just googled if the Easter bunny was real..... the Internet is ruining childhoods.

Show them a picture of this giant, real bunny.

Biggest Easter Bunny I have ever seen. It's real. Must lay massive Easter Eggs. pic.twitter.com/jFyZv7yThq

Send them to this brutal teacher.

"First day of first grade there was a poster on the wall that said, "Santa, Easter Bunny, leprechauns, dragons and unicorns aren't real. But grades are."

Let them figure out the answer on their own.

"You never tell them the truth. My parents still maintain that they are real. Kids figure it out on their own. It's not something you have to sit down and reveal to them." 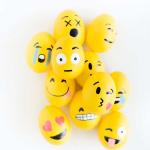 11 Unique and Artsy Ways to Color Your…