The Verdict is in - and There's Really No Way Around It.

I sat there eating snacks and watching the Super Bowl when Chevrolet's marketing department insulted my intelligence. Sticking to every country music cliché imaginable, they touted the greatness of having a big, manly truck in starkly lit scenes of pure machismo. The tag line at the end of the commercial played over and over during the breaks: "Come on. You know you want a truck."

Really? That's your selling point? Naturally, I had to investigate the truck-exclusive advertising angle Chevy took to the Super Bowl, and I found that, despite many people wanting a truck, few people ever really need one. Ever.

I'll start by telling you exactly why your family does not need a truck (because I'm fighting against the advertising gurus a Detroit car producer could afford to hire). Then, I'll tell you who really needs one.

1. You want to look tough

You aren't your vehicle. Your vehicle is not you. It's a mode of transportation - one that could have an initial investment cost of the median yearly wage in your country. Develop a backbone and some confidence by accomplishing something real in your life. You can't buy character, even in the form of a truck.

2. You want to feel safe

This is a common concern that leads many to buying a truck, and it's also false. Families could even be less safe in pickups due to issues with rollovers and unsuitable accommodations for car seats. There is an illusion of safety in driving a huge truck (or SUV for that matter), but crash test results don't back up that illusion. The same goes for the four-wheel drive option available on many trucks. Do your research, and you'll find that investing in a pair of snow tires is more effective than four-wheel or all-wheel drive - and it's much cheaper than the increased cost of buying a truck versus a car.

3. But fuel is so cheap right now!

I haven't filled my gas tank for this little since I got my driver's license. I earn exponentially more money now than I did as a teenager. I could believe the "logical" fallacy that, since I can currently afford the gas for a truck, I can justify buying one. Well, it may take a few years, but the price of gas will increase. For me, driving to work each day and getting less than 20 mpg because those gallons are cheaper is shortsighted and irresponsible. Try to be even more efficient with your fuel usage when gas is cheap, and you'll have even more money to invest in your future.

4. Your job requires it

Few jobs actually require a truck. But for those that do, hauling massive construction trailers or bales of hay all day is exactly what trucks are designed for. However, I still suggest that many companies supplying trucks to employees do so unnecessarily. Trucks don't own exclusive rights to towing small loads or moving framing timbers. Many small-time contractor tasks are better handled using some form of van. Not only can many vans out there move a greater amount of tools and supplies than their truck compatriots, but they don't require the purchase of an extra bed cover or locking toolbox. They just keep everything dry and safe inside the walls of the van. Add the improved efficiency of a van over a comparably sized truck, and you have a very short list of people in the world who actually need a truck.

So, come on. You know you want a truck. But you probably don't need one. If you have $50,000 to spend on an unnecessary desire, shoot me an e-mail. I'd love to talk to you over lunch about how you got so much discretionary income. 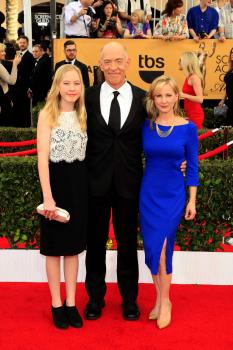 This Oscar Speech Will Hit a Sensitive Spot,…