Why Children And Grandparents Need Each Other

The greatest example of love from one generation to the next.

A close relationship between grandparents and grandchildren has very distinctive benefits for both parties. It often offers a unique alternative for children to their relationship with their parents, while grandparents are able to find the fun and reward of children without the pressure of parenting. But the benefits don’t stop there.

What Grandchildren Gain From Their Grandparents

Grandparents have a unique perspective on time and the value of family. They say hindsight is 20/20, so with the benefit of having raised children to adulthood, they are better equipped to look back and offer insight into the things that really matter when it comes to time and family. Daily life for most families seems to get busier and busier, especially as kids grow and are involved in more and more activities. Because of hectic schedules and many responsibilities, parents can get bogged down with jobs, household issues, and the intricacies of parenting.

Grandparents, on the other hand, often find themselves freed from these concerns and therefore are able to offer a window to the bigger picture and the benefits of slowing down.

Their additional years mean they have wisdom and advice that only time and experience can provide. Because of that, they are able to be advisors and confidants to grandchildren in ways that parents can’t, or are at least are not as well-positioned to be.

Many parents marvel at how easy-going, loving, indulgent, and permissive the grandparents to their children are. It’s not unusual to hear parents say things like, “Nana was never like that when I was a kid,” or “Gramps never had the time to do those things with me.” Thus the benefit of being a grand and not just a parent. Grandparents have time to have fun, teach the lessons, listen to or tell the stories, and dote in a way they never did as parents. There is a tremendous benefit to a child’s self-confidence to have these loving, safe people in their lives who truly enjoy the company of a child.

What Grandparents Gain From Their Grandchildren

'For grandparents, their relationship with their grandchildren can be equally as rewarding. Because grandparents often act as teachers, playmates, even babysitters or caregivers to their grandchildren, they are able to develop connections that are different than the parent-child relationship. This additional sense of purpose and feeling of being needed is crucial to the mental and physical health of older people. It’s not unusual for older people to feel as though they are useless or irrelevant. This can contribute to mental decline and a feeling of isolation that are difficult to overcome as you age. Grandchildren help limit the negatives of aging.

The relationship with grandchildren also helps provide a connection for grandparents to a younger generation, youthful activities, and a level of energy that can be invigorating. This also allows them to understand and be exposed to new and different ideas that they otherwise may not have a reason to discover. Feeling connected to things that are current creates a feeling of relevancy and participation in modern life. This type of connection and purpose helps to ward off problems like loneliness and depression, which are common in the elderly and can have life-threatening consequences.

In addition, many grandparents report an indescribable sense of pride and contentment that comes from being involved in the lives of their grandchildren. It’s very much you don’t know what you don’t know until you know it situation, very similar to that of being a parent.

Although the benefits to a grandparent-grandchild relationship are many, there are natural limitations that need to be respected. With advancing years come new boundaries, both physically and psychologically. It’s important for parents to understand that, and to be careful not to push their expectations beyond what’s reasonable for a grandparent’s capability and tolerance.

Often grandparents are relied upon for childcare by working parents or, in some cases, to raise their grandchildren completely. While everyone is different and there are many variances by age and health, the stress and strain of raising children as a grandparent can take a toll.

Grandparents raising their grandchildren isn’t particularly uncommon, however. Many grandparents are thrust into this role through less than ideal circumstances. Sickness, addiction problems, and other unfortunate circumstances can result in some parents being unable to care for their children. These children find themselves fortunate to have a grandparent who is able and willing to step in when a parent isn’t available or capable.

Support for grandparents in these roles is crucial. Ideally, there is additional family to assist in the intensity and responsibility of raising children, but, if not, community support can often be found through churches, schools, and other organizations that exist to provide tools and assistance where needed.

Sadly, however, not all families have strong enough relationships to allow for a close grandparent-grandchild bond. Sometimes there are reasons that can’t (or shouldn’t) be changed, but for most, it would be well worth exploring ways to remedy the situation and nurture a relationship between those generations. Young children and adult children alike can gain a great deal from having a relationship with a grandparent. And grandparents certainly experience the same by having a connection to their grandchildren.

Never disregard the positive impact a strong relationship between gapped generations can have. After all, there’s a reason they call them grand. 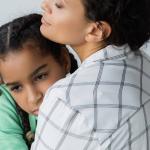 5 Signs You Were Raised by a Toxic…