Why does God allow suffering?

We see suffering all around us. If God truly loved his children, would he allow the innocent to suffer?

Each and every day, thousands of people lose their homes, are victims of abuse or die in senseless accidents. Children are diagnosed with cancer, fathers walk out on their families and mothers lose the fight against drugs. There is a lot of evil and misfortune in this world.

So, if you are wondering "Why does God allow suffering," honestly, I don't blame you.

Unsure of what to say, many Christians often just try to gloss over the question and give a canned answer. Unfortunately, this approach doesn't help anyone. A fair response is desperately needed, and today I have three.

So whether you are wondering "Why does God allow suffering?" yourself or you've been asked this question before and not known how to answer - hopefully this post will answer your questions and help strengthen your beliefs.

First of all, it is important to realize: Suffering Was Not a Part of God's Original Plan

How often do we blame God for all of the bad things that happen in our lives, as though He was the one causing them on purpose? The truth is, God never intended for bad things to happen to us. The world God made was perfect. God didn't invent disease, addiction, etc. Instead, Genesis 1:31 says "God saw all that he had made, and it was very good."The world God created was perfect and flawless; so is His plan. It wasn't God who messed things up.

But He does allow it. Here are three reasons why:

1. God Created Us with Free Will: We Have the Ability to Reject God's Plan

God's plan was perfect. If Adam and Eve had simply accepted God's plan and obeyed, their life would have been perfect too. Unfortunately, however, they decided to take matters into their own hands and do things their own way. How silly to think that they knew more than the God of the entire universe, who created everything! But that's what they did, and that's what all of us do every day. And when we (or those around us) choose to reject God's perfect plan, it should come as no surprise, then, that things don't often work out as perfectly as we'd hope.

2. God's Ultimate Goal is Different Than Yours

I am currently halfway through my third pregnancy. A few weeks ago, immediately after finding out we were having our first girl, we found out that there might be something wrong with the baby. It was probably nothing, but there were signs on the ultrasound that the baby could have a chromosomal disorder. We had a blood test done, and then waited as patiently as we could until the results came in.

Last week, we got the call. The test results were in; our baby is just fine. But you know what, even if there had been a problem (which we praise God that there isn't), that doesn't mean that God doesn't care about us or love us. I asked my husband "How much did you pray in the last couple of weeks?" and he said something to the effect of "All the time!"

God's ultimate goal isn't for us to be comfortable and happy

It isn't for us to have a nice house, a nice car and a job we love. Not that any of those things are bad or that we can't have them, they just aren't the point. Instead, God's ultimate goal is to bring us closer to Him and to make us more Christlike. And if it takes a tragedy for that to happen-well, then, honestly I don't blame Him! But, personally, I try to live the life He wants for me anyways, so He doesn't have to use a serious wake-up call to get my attention!

3. God's Perspective is Far Greater Than Yours

Of course, there are plenty of bad things that happen that aren't really anybody's fault at all. For example, my brother and two close friends of mine died in car crashes in high school. Where's the sense in that?

Ultimately, the only answer I can give to this is faith. You see, my preferences, wants and opinions will always be based on my own very limited view of this world. I know what I want, but I don't really know or fully understand how the choices I make today will impact the world tomorrow, not really.

We all want things, but we don't always know what is best. Have you ever had a relationship fall apart and been devastated, only to find the true love of your life later? Have you ever lost a job and wandered what you were going to do, only to realize that if you hadn't lost that job, you wouldn't have the wonderful life and new job you have now? The truth is, we don't know what big plans God has in store right around the corner for us and for others. Only God does.

So, given the choice between choosing everything myself, based on my very limited understanding of the world and letting God choose based on His infinite wisdom, God's will is always going to be the best choice every. single. time. Even when we don't understand it. 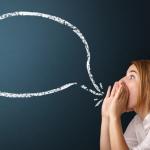 A Mother's Influence is Forever