A Dose of Humility is Good For Us Now and Then. Being Humble Helps to Keep Us Grounded and Remember That God is in Charge.

A story is told of Booker T. Washington, eminent black educator and advisor to U.S. presidents. While president of Tuskegee Institute in Alabama, he was once walking through an upscale part of town when a wealthy white woman stopped him. She asked him if he would like to earn some money by chopping wood for her.

With no immediate business to tend to, Washington rolled up his sleeves and pleasantly agreed to complete the task. As he carried the logs into the house and stacked them by the fireplace, a young girl recognized him and told the lady who he was.

The account continues: "The next morning the embarrassed woman went to see Mr. Washington in his office at the Institute and apologized profusely. 'It's perfectly all right, Madam,' he replied. 'Occasionally I enjoy a little manual labor. Besides, it's always a delight to do something for a friend.' She shook his hand warmly and assured him that his meek and gracious attitude had endeared him and his work to her heart.

Not long afterward she showed her admiration by persuading some wealthy acquaintances to join her in donating thousands of dollars to the Tuskegee Institute."

There are few famous people who wouldn't take offense to not being recognized, let alone solicited for manual labor.

Books and articles abound insisting that you are a queen bee. You are numero uno, and you should not let others get in your way. We're taught that we should do whatever it takes to be happy and successful, no matter the consequences. While it's true that you should look out for yourself, it should never be at the expense of others.

Humility isn't weakness. Being humble doesn't mean acting like a spineless wimp, jumping at everyone's beck and call. It doesn't mean beating yourself up or feeling low about yourself, either. Dictionary.com defines "humble" as "not proud or arrogant; modest." Humility matters because:

It teaches our kids to have respect

Our kids watch us and emulate our behavior. For example, sitting on the sidelines at a soccer match, the referee makes a questionable call. Does screaming at the ref and throwing a tantrum set a proper example to your child on the field? Usurping the authority of a ref, teacher or coach when you disagree with minor issues doesn't help our kids respect their leaders.

We can teach our kids that pride and arrogance are not attractive personality traits. Of course, being humbly obedient shouldn't mean blindly following what doesn't seem correct. It's OK to question what seems inappropriate. But humility means showing restraint, courtesy and respect.

Allowing others the spotlight and deferring to someone else's decision when it's right takes humility.

Abraham Lincoln once decided to transfer some army regiments to please a politician. Edwin Stanton, the secretary of war, was known for his obstinence and disrespect for Lincoln. He received the order but refused to carry it out, calling President Lincoln a fool. When Lincoln heard what Stanton had said, he replied, "If Stanton said I'm a fool, then I must be, for he is nearly always right. I'll see for myself." When Lincoln met with Stanton and realized that his order was foolish, he immediately changed his mind.

Lincoln readily admitted his error. When we publicly concede to others, or acknowledge and applaud them, we show humility. We're willing to slip into the background.

It draws us closer to God

If we want to be close to God, we need to be humble. "He hath shewed thee, O man, what is good; and what doth the Lord require of thee, but to do justly, and to love mercy, and to walk humbly with thy God?" says Micah 6:8 (King James Version).

Humility is quiet strength of character. It is a Christ-like trait that can be hard to emulate, but it's something we all must learn if we want to improve ourselves and our children. 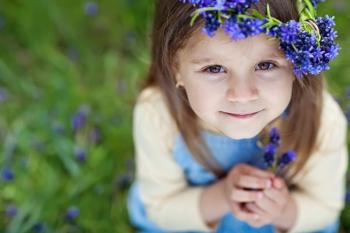