Why I Named My Son After a Rule Breaker

Editor's note: This article was originally published on raiseaman.com. It has been republished here with permission.

It took us nine months to decide what we would name our son. I wanted something that described an adventurous, creative type. For several months of my pregnancy, we settled on the name "Henry". We even had "Henry" decorations at his baby showers!

That is until the day Aric told me he "just didn't think Henry was his name."

Aric came to me with a suggestion, but first gave me what the name actually meant, not the name itself. He read:

People with this name tend to initiate events, to be leaders rather than followers, with powerful personalities. They tend to be focused on specific goals, experience a wealth of creative new ideas, and have the ability to implement these ideas with efficiency and determination.

I loved it! So on November 18th, 2014, we welcomed our first son and named him Maverick.

His name comes from a nineteenth-century American named Maverick whose names came to signify "an independent man who avoids conformity."

I know that my son, Maverick, will have to one day decide what is Truth

I know I'm not alone. Maybe you're like me, up at 3 am-and again at 5-feeding your son, wondering if you're doing everything right. Or, you're a parenting pro and your son sleeps through the night (suggestions welcome!). The point is, we all want one thing for our sons: to know the God we serve and to live out his purpose.

My prayer is we, as moms, raise our voices together to proclaim that our sons will know God and will reshape his generation!

Alexandra Schauer (Alex) is a writer, speaker, wife and mom to Maverick Reid. She is passionate about connecting people to solutions—especially Truth found in the Word.
nextarticle 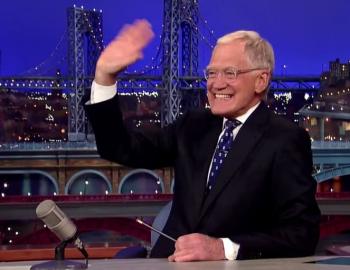