Why I told my children they were weird

Yes, I told my child she was weird. I am a dad. Dads in this day and age can't afford to be politically correct. We have a job to do.

I didn't come out and say it. I'm not that kind of dad.

I primed my children for their being dissimilar at an early age. I used the tactic that different has an equal chance at being excellent.

I didn't do this on a whim. It was clear to me from an early age that my children were not normal, and I know the signs. I come from a long line of not-normal.

We are not Disney. We passed Disney on our way to Dr. Seuss, took a left at T.S. Elliot and parked between Silvia Plath and the road not taken.

I've heard all the pithy adages: "There is no normal," "Strange is the new normal," "We make our own normal." Those are cute and clever sayings that fit nicely on a refrigerator magnet or on Instagram with a photo of a kitten in a charmingly awkward position. They do not apply outside of the Facebook milieu, however.

It was obvious to anyone with eyelashes that my children were not going to find a place to fit in and be successful on a planet of other humans unless I pulled a few strings. And I had very few strings to choose from.

(And as much as we parents are trying to change things up by making nerds fit in, or reading cool, or fuzzy lime green socks acceptable, there is still a noticeable difference between a petite blond with high cheekbones and my fun-sized daughter who once tried for a week to sleep standing up.)

Fortunately, my kids have the right mom and dad for what ails them. We are all odd ducks of the same different feather.

This is what we did

We started off with my wife, who would say something in an unusual way or use clever conjugation in passing conversation. I would then say, "Well, that's sorta weird. I like it."

We made sure that "weird" situations happened with increasing frequency. "That was a weird commercial" I would say during the Super Bowl. "I like it."

Once we had established that there were distinct categories to be made - or noticeable, obvious divisions in the system - we took them to the next level.

I might not have been able to pull it off on my own. Fortunately, my wife was on the same page. "That talk was weird," I would say out loud in the car coming home from church.

"What was weird about it?" my wife would reply. I would then be required to articulate what I had seen, or heard, or felt.

"Well, they usually start off a talk in church with a joke, but he...

Or,"She wore something that none of the others did."

Or,"It was funny because she made the choice to..."

That's how I got the "weird" ball rolling. My children started to equate the word with things that were unexpected, not alike, individual or a recent word favorite trending with the youth - divergent. Being different was not necessarily bad or good. It could be judged on its own merit.

I knew I had been somewhat successful when I heard back from one of my kids. I wore a brightly colored shirt to work for some silly reason that I can't remember, and she commented:

"That is one weird shirt." I stared at her with raised eyebrows.

"It has much more color and pattern than most of the others you wear to work. It is distinct." I continued to stare at her.

Now, I am not a proponent of doing something for the sole reason of standing out or calling attention to oneself, which is ironic because I can be a little self-centered in my weirdness. Neither do I generally advocate that people assimilate in order to minimize their individual footprint or to be considered "one of the group."

My use of the w-word was a choice I made to show my children we all get to make decisions about who we are and how we show our love.

My kids are a little weird. I like that. 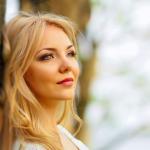 How Faith and Jesus' Sacrifice Healed My Pain