Why it’s important to listen to your mom

A new study from researchers at Stanford University School of Medicine found that a child's brain lights up in certain areas when they hear their mom speak.

Your mom's voice can make a huge difference in your life.

A new study from researchers at Stanford University School of Medicine found that a child's brain lights up in certain areas when they hear their mom speak, improving their ability to process rewards, feel emotions, recognize faces and understand what is going on around them, according to Tech Times.

This only happens with a mother's voice. Other women have little to no effect on the brain, mostly because kids learn their language, emotional and social skills from their mothers.

"Many of our social, language and emotional processes are learned by listening to our mom's voice," said the study's lead author Daniel Abrams, PhD, in a press release. "But surprisingly little is known about how the brain organizes itself around this very important sound source. We didn't realize that a mother's voice would have such quick access to so many different brain systems."

To find this, researchers examined 24 children - who were aged 7 to 12 years old and had IQs of at least 80 - and their biological mothers, who had to answer questionnaires about their baby's ability to interact. Each child then underwent a brain scan during which their mother uttered "three nonsense words" to them.

The researchers found that the auditory regions of the brain, which handle emotions, and areas that detect and assign rewards lit up when they heard their mother's words. They also noticed that parts of the brain that process information and recognize faces also glowed.

"We know that hearing mother's voice can be an important source of emotional comfort to children," Abrams added. "Here, we're showing the biological circuitry underlying that."

Previous research has lined up with this new finding. As I wrote for Deseret News National, a 2015 study published in Proceedings of the National Academy of Sciences found that babies who hear their mother's heartbeat and voice tend to have stronger development of their auditory cortex - the part of the brain that helps people hear.

"Larger auditory cortices usually result in better hearing and language development later on in an infant's life, so the scientists plan on tracking these babies' progress," according to PBS.

Similarly, a 2010 study from the University of Montreal and the Sainte-Justine University Hospital Research Centre found that a mother's voice can activate a baby's brain, specifically the areas where they learn language.

In this study, researchers attached electrodes to the heads of babies and asked a mother to make the 'A' sound. The left-side of the babies' brain reacted, whereas their right-side reacted when it was a stranger who spoke.

"This research confirms that the mother is the primary initiator of language and suggests that there is a neurobiological link between prenatal language acquisition and motor skills involved in speech," lead researcher Dr. Maryse Lassonde of the University of Montreal said, according to Phys.org.

A mother's voice can also help a child later in life, too, especially when the mother's career centers around her voice. Here are 11 popular songs sung by mothers today that their children will always remember.

Victoria Beckham is a mother of four and previously sang in the Spice Girls band.

"Girl on Fire" by Alicia Keys

Alicia Keys gave birth to her son Egypt in 2010.

"My Heart Will Go On" by Celine Dion

Dion has a 12-year-old and 2-year-old twins. Her voice, like her heart, will certainly go on.

"Aint Your Mama" by Jennifer Lopez

"Always Be My Baby" by Mariah Carey

Carey has a pair of twins.

"Just Give Me a Reason (feat. Nate Ruess)" by Pink

Pink welcomed her baby Willow in 2011. 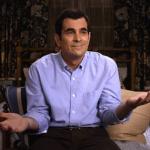