Why it’s Important to Monitor Your Child’s Social Media

Do you know what you're child is doing online?

Let’s kick off this conversation with the facts.

• 25 percent of teens have experienced a face-to-face argument or confrontation as a result of posts on Facebook.

• 29 percent of internet sex crime relationships were initiated on a social networking site.

• 26 percent of online sex crimes against minors, offenders disseminated information and/or pictures of the victim through the victim’s personal social networking site.

• 43 percent of teens say they would change their online behavior if they knew that their parents were watching them.

• 81 percent of online 9 - 17 year olds say that they visited a social networking website within the past three months.

• More than 25 percent of Facebook users last year were under the age of 10.

• 38 percent of Facebook users in the last year were under the age of 13.

Do you find the statistics concerning? If you do, you’re not alone. To help you better understand the scope of these facts, it’s important for you to also know that:

• Facebook’s Statement of Rights and Responsibilities requires users of the social network to be at least 13 years old – and even older, in some jurisdictions.

• TikTok requires that users be at least 13 years old to use the full TikTok experience.

• 67 percent of teenagers say they know how to hide what they do online from their parents.

• 85 percent of parents with teenage children ages 13-17 report that their child has a social networking profile.

From an early age, children are aware that social media exists. It’s no secret why parents are scrolling on their phones and sharing pictures online; moreover, the direction of basic conversation involves things being viewed on social media. As your child gets older, they’ll begin asking you for their own social media account, and you may abruptly end the conversation with, “No, not yet. You’re too young!”

But you should ask yourself, “Wouldn’t my child benefit if I educated them on social media?” The answer is yes. Proactive conversations versus reactive discussions are almost always the better response. Discussing social media, with your child, will alleviate some of the stress of monitoring their future accounts. So, before we dig into the reasons why it’s important to monitor your child’s social media account, let’s chat about the proactive ways you can present social media to your child.

Now that you’ve created a comfortable speaking environment for you and your child in relation to social media, it’s time for you (and your child) to understand why it’s important to monitor their social media activity.

There are bad people out there.

There’s no nice way to put it – bad people exist, and they have no remorse for their actions. FBI stats show that more than 50 percent of victims of online sexual exploitation are 12 – 15 years old. There are more than 500,000 predators online every day. The 12 to 15 years olds are targeted, groomed, and manipulated the most by online offenders. Girls are most frequently the victims.

And, contrary to the misconceptions, only five percent of online predators pretend they’re kids. Most predators initiate sexual talk or request pictures immediately. In many cases, online predators create fake accounts in attempts to “catfish” young people on social media. Aside from potential inappropriate sexual outreach, there are other issues with people trying to steal the information to secure accounts and even passwords to get into a person’s physical home front.

Just like regular in-person conversations, social media interactions are an ongoing learning experience, and it’s a tricky process. Parents need to help children navigate the appropriate way to handle conversations, both giving and receiving opinions/feedback. It’s easy to feel like discussions/posts are passive-aggressive, intended in a negative way, or in a sarcastic nature.

Parents, do you remember that rhyming phrase about mean words? “Sticks and stones may break my bones, but words will never hurt me.” Well, the phrase wasn’t true then, and it’s definitely not true now. Cyberbullying is a serious issue. Children will need their parents, guardians, and mentors to help them process the feelings and emotions which are a direct result of social media posts and message exchanges.

Unfortunately, certain things shouldn’t be posted online because they can harm your child’s reputation or hurt their future plans. By monitoring what your child is posting and what their friends are posting can alleviate any potential damaging things from happening.

Parents should monitor how much time their child is spending online. Addiction to technology and social media is a real problem and is not something to take lightly. Being knowledgeable on your child’s screen time will help you enforce limits and generate a healthy technology environment. Kids need to be active and exercise their minds in other ways.

Parents need to be actively engaged in monitoring their child’s social media accounts. Don’t be afraid to say no to social media because your children’s friends shouldn’t dictate whether or not they have a social media account. If you have an issue remembering to check the account, set up reminders on your online calendar, write in your planner, and/or align your accounts with your child’s, so it will automatically alert you on posts and/or exchanges.

If you put in the work to monitor the accounts, your child will benefit and have a healthier experience with social media in the future. 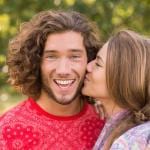