Why kids absolutely need to roughhouse

Are Your Kids Not Allowed to Roughhouse in the Schoolyard? Here's Why You'll Want to Make Sure It Happens in Your Backyard.

Many parents have a goal to teach their children to "play nice." While admirable, sometimes that goal can be extremely restrictive.

Many schools have adopted policies against any sort of violence. Sounds like a good idea, right? But what if that "zero-tolerance" mindset extends to childhood games like tag, dodge ball and pretending to be superheros or cops and robbers? Just because someone mightmake a gun-like shape with their hand should we stop letting kids play?

Obviously, we need to be concerned for the safety of every child and we don't want fist-fights or any type of real violence going on, especially at school. But, a lack of healthy roughhousing can have severely negative effects on kids.

"Roughhousing is more than good exercise. Psychological research shows that it's essential to childhood development. Rowdy, physical play teaches kids to communicate verbally and nonverbally; to take turns; to negotiate rules; and to understand when they can use their full strength and when they need to hold back. It may sometimes look like fighting, but it isn't. Kids smile and laugh, return voluntarily to the game, take turns in dominant roles, and wear distinctive 'play faces,'" when playing around.

That being said, there is a fine line that needs to be minded. Rougher play needs to be observed to make sure it doesn't cross over into violent territory, but taking it away altogether proves detrimental to children's growth and development.

As the previous article states, "contrary to what squeamish authorities seem to think, it's the kids who don't engage in rough-and-tumble play who actually tend to be more violent later on in life".

Perhaps disallowing rough play prevents children from learning natural boundaries between what is fun for everyone and when things are taken too far. Children learn through hands-on methods what is soft or too hard; they observe non-verbal and verbal cues from their peers when they are having fun and when they are not. Such things are difficult to learn without the physical interaction to teach them.

While it would be beneficial for this type of play to happen at school during recess, that doesn't seem possible due to current rules and regulations. So, how can we ensure our children get the roughhousing they need?

Roughhouse with your kids

Go to a place in your house away from breakables or sharp edges or go outside and spend some rough and tumble time. Siblings can play together and/or parents can get involved during this valuable play time.

These games seem like a natural part of childhood. Kids love to play games where someone is "it" until they tag someone else. So, let them play! Learning the limits on how hard to tag someone or how hard to throw the ball is an important part of these games. Parents and children can play together and parents can help guide children to teach what type of behavior is acceptable.

Kids need to learn many different boundaries as they grow and develop into adults. Without opportunities to practice what they are taught, real-life applications become more difficult. Roughhousing, playing tag and other games such as dodge ball are important parts of understanding how to play fair and understanding limits. If this type of playing is not allowed in the schoolyard, make sure it happens in your backyard. 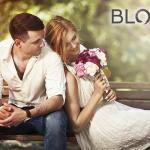 3 Tips to Help Save Your Marriage After…