Why Kids and Mud Are the Perfect Pair

Dirt is Dirty, But Our Kids Need It. Research Shows Kids Who Play in the Dirt Are Healthier Than Those Shrouded in a Germ-Free Bubble.

Kids are a messy bunch. As a parent, our impulse is to minimize the mess both to our houses and to our kids' clothes. Besides, dirt is gross! Who really wants their toddler eating mud? Common sense says that eating dirty dirt cannot be good for growing bodies. And, let's face it, when kids play in the mud they often ending up eating it as well.

However, before you rule out all outdoor time, a growing body of research suggests that our addiction to cleanliness and penchant for killing off germs may do more harm than good for our kids. Many doctors and researchers agree that exposing our children to dirt wards off potential illnesses and strengthens the immune system. Still sound a little counter-intuitive? Here are five reasons kids need to play in the dirt.

Kids who play in the dirt have stronger immune systems

Researchers have zeroed in on a "hygiene hypothesis" that supports the fact that all the microbes and organisms found in dirt are vital to healthy immune system development. In fact, the human body has evolved with these organisms, and it can't mature properly without them.

Research done at Harvard shows that mice raised in a germ-free environment had lower levels of inflammatory immune cells than those exposed to naturally occurring microbes. The researchers confidently extrapolated these findings to humans, hypothesizing that proper exposure to microbes in early life can protect people from autoimmune disorders and allergies later in life.

Kids who play in the dirt play outside

Playing outside is an important part of a child's development. Researchers at the University of Michiganfound that memory and attention span improved when research subjects spent just one hour out in nature.

The Mayo Clinicprovides research showing that children who spend too much time in front of a screen are at higher risk for obesity, sleep problems, behavior issues, bad grades and acting aggressively. Getting kids outside and away from the TV and computer can combat all these problems.

Playing outside requires imagination and energy. Outside time is also often social time for young kids. Making mud pies and rolling around in the grass may do a number on your kids' clothes, but the memories will last a lifetime.

As with most things in life, moderation is key to playing in the dirt. None of the researchers mentioned condoned living in an unclean environment, but it's well documented that our fear of germs is largely unfounded. Kids who play in the dirt are healthier than kids kept inside a germ-free bubble. They are also more likely to get adequate physical activity and use their imaginations often. Turn of the TV, put down the hand-sanitizer and make some time to play outside today. 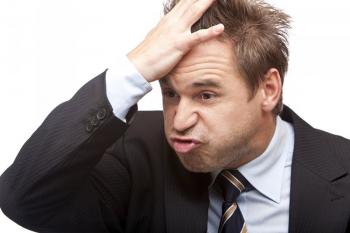 How to Remember Your Anniversary and Avoid Sleeping…