Why millennials are leaving churches in droves

Everyone Has an Opinion, But Few Have Answers. Here's a Novel Approach to the Question on Everybody's Mind.

Why are so many millennials leaving churches? What's wrong with churches today? Here is one idea you probably haven't thought of yet.

Group influence on an individual

Psychologist Robert Cialdini did a fascinating study on the influential power a group has on an individual. Public service announcement signs about energy usage were set out in people's yards throughout different neighborhoods. Different messages were on different signs. One pointed out the cost to consumers, another noted the effect on global warming, and a third spoke of negative effects from over-consumption of energy for future generations. But the last sign dropped the warnings about cost, damage to the atmosphere and future generations; it simply described the usage behavior of people's neighbors.

So, which one of the signs do you think affected usage behavior most? I'll give you a hint: it wasn't one of the first three. That's right. The sign with the greatest impact on changing people's energy usage behavior was the one that simply informed people what others were doing, their neighbors.

In fact, the other three signs didn't alter the usage behavior of people at all. What changed people's behavior wasn't personal cost, a threat or long-term value but instead the behavior of others.

Cialdini concluded that one of the most influential forces on an individual's behavior is the behavior of others, particularly groups. Individuals feel an overwhelming need to fit in. Everyone wants to belong, be part of the group and not stand out. What others do, people unconsciously follow.

So, how does the idea of individuals being influenced by the actions of others have to do with the dropout rate of millennials in churches?

Well, what if millennials aren't leaving churches because of the quality of the preaching, the style of worship or the decor of the building? What if they leave because they don't see people practicing their faith?

I know for me, personally, I can listen to the most convincing sermon on something I should be doing; but if no one in the church is doing it, I won't either. For example, I attended a church that emphasized ministry, personal devotion, accountability, community, serious Bible study and sharing the gospel. And I did these things because my obedience was greatly aided by the culture and actions of the other people in the church.

Obedience was contagious. I couldn't help but get involved.

Then I moved, joined another church that wasn't as passionate and I eventually settled into "cruise control Christianity."

Our individual spiritual lives are directly tied to the spiritual lives of the people of the church as a whole. So, how can these ideas alter the way we do church and what can be done to reverse the trend of millennials leaving?

Let Jesus be your guide

Pastors need to be experts on group influence and be able to shape group dynamics. They should aim to create a culture, a movement and a church where people are influenced to obedience and righteous because of what everyone else is doing.

How? Let Jesus be your example. Jesus invested Himself into a group with twelve other people. Jesus built relationships with them. He went through life with them. And after not much time, the disciples began to think the way Jesus thought and to take on His passions and priorities. Then, these people went on to influence the world.

Most movements and causes begin when a core group of people who commit to a mission. From there, they influence others to join their cause-their influence spreading out like a ripple in a pond. This is how the gospel initially spread across the world. Why can't a similar process take place in our churches?

But this principle is not only for pastors. Laypeople can also understand and make use of this principle. The public practice of one's faith is not for the sole benefit to oneself. God uses our obedience to also influence the obedience and righteousness of others.

If you want to see your church change, if you are tired of or frustrated with the dropout rate, then understand the solution may not be getting better preaching, more stylish worship, a coffee stand in the lobby, a more contemporary building or better programs.

People will be more likely to practice an active faith if they see other people practicing an active faith. This puts the responsibility on us, the leadership and laypeople.

Let's stop ignoring or minimizing the influential power of others. Often, Christians view "fitting in" or "following the group" as a negative thing. We need to be countercultural, right? Resist the devil, the world and the flesh, right? But is there a positive side to following the group? What if the group norm influenced individuals towards redemptive ends?

To start solving the problem of rapid drops in attendance, let's start having this conversation about group influence. Start by asking yourself and others the following questions.

This article was originally published on Daniel Bates. It has been republished here with permission.

Daniel Bates is a Graduate with two master degrees. He owns and operates his own small counseling business, Better Lives Counseling.
nextarticle 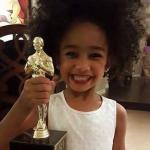