Why ‘The Little Prince’ deserves to be at the box office

On Friday, Netflix announced it would pick up "The Little Prince" - a kid's film that Paramount Pictures dropped, maybe out of fear it wouldn't do well.

Well, specifically, it saved "The Little Prince" - the animated American adaption of a French cartoon that had been originally scheduled to debut in U.S. theaters courtesy of Paramount Pictures, according to The Verge. The studio decided to drop the film for unknown reasons, but Netflix announced it will add "The Little Prince" to its streaming service soon, hoping to attract the families who can't see the film in theaters.

This isn't the first time we've seen Netflix save a film. In 2014, Netflix picked up "The Interview" - a raunchy rated-R comedy about North Korea's leader Kim Jong Un that created hysteria because the Asian nation threatened to attack the United States if it played in theaters. Netflix picked up the movie, and no attacks were made. Netflix also saved the TV show "Arrested Development" and "Degrassi."

So why did Paramount decide to drop "The Little Prince" so randomly? No one's really sure why - the studio hasn't released a statement yet - but Quartz's Adam Epstein said it's possible the studio thought the movie wouldn't perform well in America.

"It's possible that the distributor was worried that the delicate French children's story, along with the film's unique stop-motion visuals, wouldn't play well for American audiences," Epstein wrote. "Or perhaps Paramount didn't think the film could compete with Disney's 'Zootopia,' which has dominated the U.S. box office since early March."

This would be a surprising reason for dropping a kid's film, though, since animated children's features tend to have tremendous success at the box office.

Animated children's films have done well for many years. "Shrek 2," for example, grossed more than $441 million all-time, with a $108 million opening weekend, according to Box Office Mojo, a website that keeps track of box office numbers. Similarly, "The Lion King" earned $442 million all-time, and "Toy Story 3" grabbed a solid $415 million, too.

Of course, there has been some animated box office flops. For example, Pixar's "The Good Dinosaur" made $131.3 million throughout the world, even though it had a budget of $200 million and about $150 million was spent on marketing, according to Variety. This film may be the first Pixar film to suffer a loss at the box office.

"It's not resonating like a typical Pixar film," Erik Handler, an analyst with MKM Partners, told Variety. "It's on a path where they're going to need home entertainment to drive profitability. Usually with Pixar, by the time they've gone through the first (release) window, they're in the black."

Children's films tend to do well in the box office for multiple reasons. They have audiences mostly made up of families, meaning at least two to sometimes even five people attending the movie together at once. Most of the time they also teach family values, making them more appealing for families, too.

And, as Mic reported in 2013 after the release of "Frozen," these movies also draw in young adults.

In fact, there was an abundance of 24-year-olds who went to see "Frozen" back in 2013. Ticket sales went up 20 percent among people who weren't in families. And, similarly, nonfamilies represented 18 percent of the audience who went to see the 2011 re-release of "The Lion King." For "Toy Story 3," 40 percent of the audience featured 17 to 24 year olds.

"It's clear from these numbers that this animated family fare is not just for families anymore. More and more millennials are going to the cinema to see films traditionally marketed to a much younger demographic, and that's not even taking into consideration viewing habits on outlets like Netflix," according to Mic.

These films tend to do so well with young adults for two reasons: They make these young adults feel more nostalgic about their childhood films of the past, and - just as they do with children, parents and families - animated films increase our sense of childhood, making us yearn for a simpler time.

"They set themselves apart from others in mainstream Hollywood by appealing to our yearning for the simplicity of childhood," according to Mic, "and lamenting a world of unoriginal, misogynistic adult fare."

See the slideshow below for some of the top kids' films of all-time: 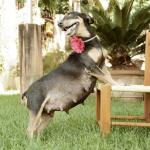 The Most Adorable Maternity Photo-Shoot Ever, and It…