Fifty Years Ago, We Tended to Place the Needs of Families and Communities Over the Needs of Individuals More Often. Today It is More Common to Believe Instead That "I Come First." What Price Are We Paying For That Shift in Priorities?

He bases his conclusion on two studies that indicate a decline in the frequency of words such as "virtue," "decency" "honesty," "patience" and "compassion," as well as "faith." Brooks further asserts that the deterioration of these words in our language has been accompanied by a sharp rise in terms, such as "subjectivity," and "individualism."

What price will we pay for becoming a loose federation of individuals?

Perhaps we might conclude, then, that while it may have been fashionable 50 years ago to be morally aware and place the needs of families and communities over the needs of individuals, today it is more common to believe instead that "I come first."

What is the cost to a child, when a parent puts his needs first?

Greg and Katy (names changed) fell in love and were married. They had both been raised in homes where family, faith, and commitment mattered, and they shared those values. A few years later, they welcomed the birth of a beautiful baby. Greg was in a prestigious medical school and doing very well. Katy was working to support him and raise their small son. Life was good.

Then one day, just as Greg neared graduation, he came home and told his wife that he needed someone different. At about this same time, he abandoned his faith and belief in God and left his community of faith. Greg eventually concluded that his needs should come ahead of his wife's and son's, and he told Katy he wanted a divorce. As it turned out, Greg was already having an affair with another woman when he made these life-altering decisions. He rarely sees his young son who is now being raised by a single mother.

As you read this story, are you saying to yourself, "Greg is selfish for abandoning his wife and son, or are you thinking instead, "It's his life, and he deserves to go with whatever makes him happy?"

What really makes us happy?

Greg's story is unfortunately not that uncommon. The media is rife with similar stories of celebrities and politicians who cheated on spouses, sometimes abandoning their families, all in the name of happiness and self-fulfillment. These glamorous people may appear to have it all. But do they really? Are they better off for having traded individualism and materialism for family and faith? It turns out the answer is no.

Our children are not happy because of the material things we give them, or because we put our needs before theirs. Their happiness is in direct proportion to how much we love and care for them. Quentin L. Cook, religious leader, author and public speaker has stated that "A loved and loving childhood is more predictive of happiness and success in adulthood than either money or education." He goes on to talk about family traditions, family prayer, service to others, and love being essential ingredients to our happiness.

Why stepping outside ourselves can be magical

It feels good when we step outside ourselves and think about someone else. There's something almost magical about what it does for our own sense of well-being to give back to others. When we love and serve those in our families and in our communities, we make the world a better place to live, both for ourselves and our families. 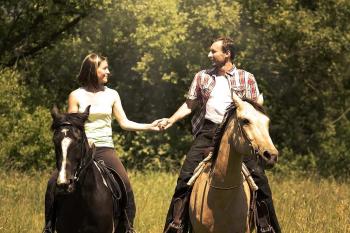 Service: One of the Essential Cornerstones of a…