Why we MUST stop saying ‘boys will be boys’

The Seemingly Innocent Phrase is More Harmful Than It Seems.

One terrible day in Montana, a five-year-old girl experienced something no child (or anyone, for that matter) should go through. An adolescent boy approached her and, without the little girl fully understanding what was happening, sexually assaulted her.

After learning about this horrid incident, the five-year-old's mother decided to take the incident to court. One of the prosecutor's handling the case told her the last thing a mother of a five-year-old sexual assault victim wants to hear:

"Boys will be boys."

Or, in other words, "Boys will be sexually assault others and that's OK because that's just how boys are."

Now, clearly this is an extreme example of this phrase being used to justify a boy's actions. Of course a male guilty of sexual assault should not be excused because that's just how males are. Most of us agree that this was a highly inappropriate thing for the prosecutor to say. But when is this phrase appropriate to use? When our young sons get rowdy and rough with others? When we hear boys talking obscenely about other women? When our husbands are inconsiderate?

Another mom was told this phrase when a boy interacted with her young daughter, and though the case was not as extreme, it left the mother fuming.

Every morning when she dropped her daughter off at preschool, the child immediately began constructing a castle out of craft materials. And without fail, each time she finished putting it together, the mom watched as the same male schoolmate gleefully smashed and destroyed her daughter's project.

The destructive boy's parents witnessed each smashing, and every time they simply smiled at this disbelieving mother, sometimes with an apology followed by that detestable phrase - "Oh, you know, boys will be boys." Despite the daily pattern of little girl building and little boy demolishing, the boy's parents never once intervened or attempted to stop their son before his gleeful destruction.

How it's hurtful for victims

Many people, young and old, girls and boys, have fallen victim to a male's unkind actions and were brushed off with a comment excusing their behavior because that's just how boys are.

Perhaps we're prone to using it ourselves because it makes life easier - Why realize you need to make a better effort at teaching your son manners or disciplining him for aggressive behavior when you can brush it off as an inherent characteristic in all boys?

Elizabeth J. Meyer, Ph.D., elaborates on this oversimplification, sayinghow this phrase "creates an easy excuse to fall back on so adults don't have to examine other reasons for such aggressive behaviors." Like the parents of the castle-destroying child, it was easier to brush off their child's behavior rather than addressing why their son repeatedly ignored a classmate's feelings and pleadings.

How it's hurtful for the boys

I do not believe that males are inherently mean-spirited - females can be plenty rude and rough. But if we see a girl push a classmate on the playground, we don't let out a laugh and say, "oh, girls will be girls." Society has created a male stereotype that excuses someone's behavior just because of their gender. Meyer also states how this phrase is limiting - it "teaches children that certain behaviors are endemic to masculinity and exclusive to boys only."

Just your daily reminder that #genderinequality starts from the ground up. #fightlikeagirl

Posted by The Equality Institute on Wednesday, May 24, 2017

By frequently using this phrase and other similar words, we're reinforcing the belief that men should be rough and dominant. It teaches your little boy to be reckless and to unsympathetic. It builds men to follow that unjust, negative and constructed stereotype because that's what men are supposed to be like.

We're hurting our boys when we don't teach them that they should be responsible for their actions.

So let's not excuse inconsiderate, aggressive and disrespectful behavior with any excuse, particularly "boys will be boys." Next time we feel urged to use that harmful phrase, let's think twice. We'll save others from hurt and raise a kinder generation of sons. 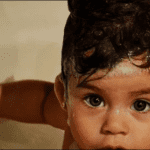 Is It Good or Bad to Undress in…