Why work gives you a headache (Hint: it’s not your boss)

Ever Wonder Why Sometimes You Get a Headache From Work or You're Suddenly Tired? Blame the Lights. All of Them.

You come into the office. The lights are off. Everything's quiet and everyone's relaxed.

Then, someone flips the light switch.

If you've ever hoped things would stay serene throughout the workday - instead of getting blinded by fluorescent lights - you're not alone. In fact, the lights-out office could be healthier for you.

That's why so many people fall asleep at their desks around 4 p.m. - they haven't had enough sunlight during the day.

"Your environment has a huge impact on how productive you are," Brendan Baker, an entrepreneur, told Buffer writer Leo Widrich. "That means the temperature in your room, the color of your walls and the noise happening around you."

This piece of research isn't the first time fluorescent lights have been called out for causing health issues for workers. Chris Adams, an ergonomics expert, wrote for About Home that fluorescent lights, despite their cheap and financially responsible price, don't help office workers since "we are children of the sun," and fake lighting isn't what our body wants or needs.

Our body chemistry, Adams notes, is based off sunlight. Any other form of light - from fluorescent lights, lightbulbs or campfire - can throw the system off, affecting our hormones, sleep patterns and sensibilities to light.

It can also create migraines among workers, or at least worsen conditions for those who have headaches already, Tara Parker-Pope explained for The New York Times. Medical professionals have found those who have migraines don't get any favors from fluorescent lights either, often feeling "less comfortable and experienced more glare than those who didn't get headaches," she wrote.

Fluorescent lights have also been linked to causing migraines, sleeping problems and stress and anxiety issues, which are sometimes created from fluorescent lights flickering, too, Adams explained.

So what can you do to avoid the damage of fluorescent lights, aside from quitting your job and hunkering down somewhere else? Adams suggest getting as much sunlight as you can, whether that's taking a walk outside or finding some windows where the sun shines through.

Some doctors will also prescribe classes that "counteract the effects of working under fluorescent lights," too, Adams wrote.

"If you are forced to work/live beneath fluorescent lights for extended periods of time each day, there are a number of things you can do to combat the negative effects," he wrote. "The first is to get out in the sun more. Getting sun exposure, especially for stints in the morning midday and late afternoon, can help maintain your circadian rhythm. Putting in some windows, skylights or solar tubes to bring sunlight into your interior environment can work as well." 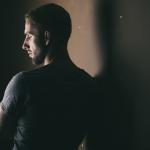 The Real Reason so Many White Men Are…