I Always That It Best to Leave Home When My Children Were Distracted or Asleep. I Was Wrong.

It's very normal for babies and young children to be attached to their mother. Children want to feel protected, and the closer they are to their parents, the safer they feel. So it's understandable for a child to start crying if their mother suddenly disappears from sight. To avoid this automatic crying fit, moms will try to sneak out of the house when someone else is watching the kids, but it's better if your children see you leave.

Why should children see us when we leave home?

Before parting, it's best to tell your kid where you're going and that you'll be back soon. Although it is painful to see them cry, it's the healthiest thing to do. As they get older, they'll understand that you always return after you leave.

It took me a while to understand this. With my youngest son, I often left the house unannounced and disappeared from his sight when he was distracted. He spent a lot of time running around the house looking for me after I left. Because of my pattern of sneaking away when going out, he sometimes got scared and thought I had left him when I was just in another room of the house.

To help reduce his anxiety, I began to look at things from his point of view and react accordingly. When I had to leave the house, I explained that I would only leave for a few minutes and then return. I also would explain that I was still at home (even when he couldn't see me) I was just in the bedroom. I now could let my son happily play with his father in the kitchen because he knew I wouldn't leave for the market without saying goodbye.

But won't they suffer more if they see me go?

Depending on the child's age and relationship with their parents, their reaction when their mother leaves may vary. However, it is always better to say goodbye when you leave so your child can start handling their emotions when mother and child separate.

It's also important to explain to your child that you'll leave but will return, or else even a five-minute absence can cause children to panic. In early childhood stages, 10 minutes feels much longer for your child than it does for you. Over time, the child will understand that Mom comes back after all, and their crying fits will lessen in time and frequency.

Will they every stop crying when I leave?

The crying won't stop immediately, and maybe not even soon. But just because you don't hear them cry when you leave doesn't mean the babysitter doesn't have to handle their tears when you leave. However, it's not the end of the world if they cry. Always allowing your child to say goodbye even when he cries will allow him to get used to the pattern and thus eventually balance out his emotions.

Disappearing from your child's sight without warning can generate feelings of insecurity and lack of protection. Never leave home without saying goodbye to your child. Remember that good communication and emotional bonds (even when they are young) generate an emotional support in your child that will affect them for their whole life.

_This article has been adapted and translated from the original "¿Te olvidaste de ti misma?" which was originally published on familias.com. 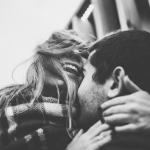 How I Got Rid of the Expectations That…