Widows Can Handle Pain and Stress Better Than You

New Research Has Found That Widows Are More Likely Than Married Women and Men, as Well as Widowers, to Become Less Frail.

Life can be tough for a widow. But recent research shows not all hope is lost.

A new study done by researchers at Padua University found that widows over the age of 65 tend to age better than widowers and other married women at the same age, according to Quartz.

The study, which looked at about 1,245 men and 1,854 women who were over 65 and enrolled in an elderly program in Italy, found that widows were less likely to suffer from frailty symptoms - like "weight loss, exhaustion, slowness, low activity level and weakness" - and were in "pretty good shape," according to Quartz.

A lack of frailty and increased sense of well-being made these widows generally happy and stress free, Quartz reported.

To find this, researchers divided the subjects based on their marital status and followed their lives for four years. Those who were alive after those four years were tested to see how frail they were.

This is partly because women do a better job of taking care of themselves than men, lead researcher Caterina Trevisan told Quartz. In fact, women often have to help the men in their lives keep track of their health.

"Married women may suffer from the effects of caregiver burden, since they often devote themselves to caring for their husband in later life," she said, according to The Independent.

Women also appear to have better access to support networks that can help them express their emotions, allowing them to avoid any of the stresses that would make them more frail and hurt their well-being. Previous research backs up this claim.

"Many studies have shown that women are less vulnerable to depression than men in widowhood, probably because they have greater coping resources and are better able to express their emotions," Trevisan told The Independent. "These aspects may help to explain the lower risk of exhaustion seen in single women, who are likewise more socially integrated than single men, and consequently less exposed to frailty."

Of course, this isn't a reason for married women to look forward to their husband's death. Widows are, after all, usually thrown into psychological turmoil when their loved one dies. According to Aaron Ben-Zeév, Ph.D., widows go through a flurry of questions and emotions, like if they should find someone new to love or how they're going to manage their lives now that their spouse has passed away.

"The death of a spouse places the widow in a new situation, which has similarities to other situations in which love ends; nevertheless, widowhood has unique aspects," he wrote for Psychology Today. "Whether a relationship is average, as most relationships are, or very good or very bad, the ending of any personal relationship changes one's circumstances. In most cases of widowhood, if there was a positive attitude toward the spouse during his lifetime, this is enhanced. This is due both to the tendency to idealize the past and to our sense of propriety in not speaking ill of the dead. Although the late spouse is physically absent, the widow's love for him can remain and even grow."

In fact, times can be so tough for widows that people should be careful with what they say around those who have recently lost a spouse. Trying to relate to a widow's personal drama isn't as effective as just being there for them and listening to their issues.

Widows are also more likely to fall into poverty. A 2013 report found that more than 115 million widows lived in poverty across the world, mostly caused by their husband's death leading them towards financial issues.

But there are ways for widows to help themselves move past the grief and find happiness later in life. Here are three big pieces of advice that widows can follow to make their lives a little easier after their spouse passes away.

I previously wrote for Deseret News National about how experts often recommend that widows find ways to move on from their past loves and seek new ones, which contributes to a better well-being.

Carole Brody Fleet, an award-winning author, wrote for The Huffington Post that widows who find someone new to love will have the ability to manage their grief better, since they'll be thinking of the new person they want to be with and not their former husband.

"You are not destined to remain in mourning forever ... that isn't why you are here," Fleet wrote. "Embrace and carry forward the legacies that were entrusted to you by your late beloved. If you choose it, living your new life can include companionship ... and love."

It may also help to connect with others. Laurie Burrows Grad, an author and blogger, wrote for The Huffington Post that she learned to heal by finding other widows who were going through similar levels of grief. And though it wasn't always easy, she realized that spending time with someone who understood her pain made a lot of sense.

"This is the widow connection," she wrote. "We need to heal through telling our stories and sharing our grief with others who are experiencing this journey."

3. Watch out for your finances

In her memoir "A Widow's Story," author Joyce Carol Oates explained how she struggled with her finances after her husband died at 48 years old, according to U.S. News. This left her with a number of bills and financial issues that slowly started to pile up.

But she said widows can avoid these issues by seeking out ways to replace their incomes, whether that's through their own life insurance or pension plans. She also suggested older widows find someone they can trust to help them with their bank accounts.

It's also important not to take risks, delay any big career or location moves, and seek out ways to keep yourself safe from financial harm. 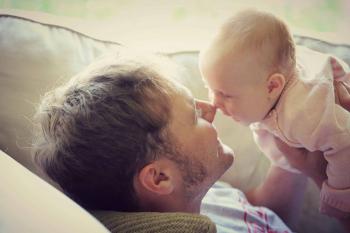 America Has Changed to Help Dads, and We…