You know you are ready to settle down. You want to marry and start a family of your own. However, you are unclear if your new boyfriend is interested in marriage and starting a family.

You know you are ready to settle down. You want to marry and start a family of your own. However, you are unclear if your new boyfriend is interested in marriage and starting a family. You are not sure how to approach him with the whole marriage topic without chasing him away.

I knew I was ready for marriage and family just a couple of months into my relationship with my now husband. He, on the other hand, did not make it clear to me whether or not he was prepared to make that commitment. If we ever discussed marriage or having a family of our own, it was over the top. Since I did not want to constantly mention the topic, I spent a lot of time observing how he treated me and our families. I learned a lot about him and his stand on marriage and kids without having to ask him.

If you analyze the things your boyfriend does and the way he behaves, as a woman, you will have an inkling of whether or not he is prepared to settle down.

A mature man is one who has established goals, is responsible, and puts the needs of others before his. He is fully aware that there are other people and other things that do matter besides him and starting a family will be his main priority.

He treats you like a lady and demonstrates tenderness toward children

He is thoughtful, loving, well-mannered and is respectful - not only to you but to his family and others he encounters on an everyday basis. Pay close attention to how he refers to and treats other women. If he demonstrates grace to them, he will definitely treat you with the same grace. If he loves being around children, connects with them and enjoys spending time with his nieces and nephews, chances are he is not against fatherhood.

He puts your needs and wants before his

When a man puts a woman's needs and wants before his, it does not indicate he is allowing a woman to dominate him. What he is doing is letting the woman in his life know that he cares for her very much and simply wants the very best for her. He wants to demonstrate he is not a selfish human being. By showing no signs of selfishness, you will begin to realize that he will also place his children before his needs.

He is honest and respects you

A man who has no issues with being honest and is an open book with the woman in his life obviously has nothing to hide. He is ready to accept responsibilities for his own actions. He is not afraid to speak the truth regardless of how bad something may be. A man who does not hurt you emotionally or physically and does not degrade you in front of others or behind closed doors is worthy of you. A respectful man will defend you against all odds. He respects your opinions, beliefs and values.

He begins to save money

When your boyfriend begins to cut back on spending and begins to save for the future, he is showing you that he is serious in creating a family of his own. He wants to secure his family financially. 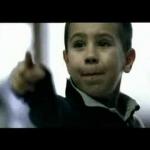 Children See and Children Do