Will your child be rich or poor?

Do you want your children to be financially secure? Here are 15 poverty habits that many parents are teaching their children.

When I travel the country speaking to high school and college students about exactly what they need to do to become financially successful in life I always begin my presentation by asking three questions:

"How many want to be financially successful in life?"

"How many think they will be financially successful in life?"

Almost every time I ask the first two questions every hand rises in the air. Then I ask the magic third question:

"How many have taken a course in school on how to be financially successful in life?"

Not one hand rises in the air, ever. Clearly every student wants to be successful and thinks they will be successful but none have been taught by their parents or their school system how to be financially successful in life. Not only are there no courses on basic financial success principles but there are no structured courses teaching basic financial literacy. We are raising our children to be financially illiterate and to fail in life. Is it any wonder that most Americans live paycheck to paycheck? That most Americans accumulate more debt than assets? That many Americans lose their homes when they lose their job? Is it any wonder that most Americans cannot afford college for their children and that student loan debt is now the largest type of consumer debt?

What's worse is what our children are being taught by their parents, the school system, politicians and the media. They are teaching our children that the wealthy are corrupt, greedy, have too much wealth and that this wealth needs to be redistributed. What kind of a message do you think that sends to America's future generation? It is teaching them that seeking financial success by pursuing the American Dreams is a bad thing. The Occupy Wall Street movement was a manifestation of this "wealth is bad and needs to be redistributed" mindset.

Here are some statistics from my five-year study on the daily habits that separate the wealthy from the poor.

72% of the wealthy know their credit score vs. 5% of the poor

63% of the wealthy spend less than 1 hour per day on recreational Internet use vs. 26% of the poor

83% of the wealthy attend/attended back to school night for their kids vs. 13% of the poor

29% of the wealthy had one or more children who made the honor roll vs. 4% of the poor

63% of wealthy listen to audio books during their commute vs. 5% of the poor

8% of the wealthy believe wealth comes from random good luck vs. 79% of the poor

79% of the wealthy believe they are responsible for their financial condition vs. 18% of the poor

The fact is the poor are poor because they have too many Poverty Habits and too few Rich Habits. Poor parents teach their children the Poverty Habits and wealthy parents teach their children the Rich Habits. We don't have a wealth gap in this country we have a parent gap. We don't have income inequality, we have parent inequality.

Parents and our schools need to work together to instill good daily success habits as follows:

Wealthy people do certain things every single day that sets them apart from everyone else in life. Wealthy people have good daily success habits that they learned from their parents. These daily habits are the real reason for the wealth gap in our country and the real reason why the rich get richer. Unless we teach our children good daily success habits, and level the playing field, the rich will continue to get richer and the poor will continue to get poorer.

Editor's note: This article was originally published on Rich Habits. It has been republished here with permission.

Tom Corley understands the difference between being rich and poor: at age nine, his family went from being multi-millionaires to broke in just one night. He is the author of “Rich Habits – The Daily Success Habits of Wealthy Individuals” and has recently released his second book, “Rich Kids – How to Raise Our Children to be Happy and Successful in Life.” Tom has shared his insights on various national and international network and cable television programs such as CBS Nightly News, Yahoo Financially Fit T.V., India T.V., News.com Australia and a host of others. He has also wowed listeners on many prestigious nationally syndicated radio shows. Tom is also a frequent contributor to Business Insider, Credit.com and has been profiled in SUCCESS Magazine. Tom is a CPA, CFP and holds a Master’s Degree in Taxation. As President of Cerefice and Company, CPAs, Tom heads one of the top financial firms in New Jersey.
nextarticle 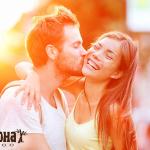 9 Things You Should Be Doing For Your…