With an Addict in the Family, Giving Up is Never an Option

Addiction Brings a Devastating Chaos to the Family. Answers and Solutions Are Very Hard to Come By. However, Never Giving Up and Fostering the Hope of a Good Outcome Are Key Navigating Through the Recovery Process.

A parent's story about a son's addiction

Sam and Aleatha's son began to use and abuse drugs when he was only 11 years old. Still, he was very good at it. Happy to use "whatever he could get his hands on," he would eventually become known as a heroin addict and dealer.

It is difficult to understand the implications that a child's addiction would have on a family unless you have been there. Start with thinking that your son was dying from an overdose, and it wasn't the first time. Or maybe middle-of-the-night visits from the police looking for your son. Your son's friends dying from an overdose or the lucky ones that only got sent to prison. And of course the unending lying, defiance and just plain chaos. He gave his parents no reason to believe that his story would have a happy ending.

When the situation looks bleak, hold on to hope

But Sam and Aleatha took Churchill's advice and never gave up. They certainly had times of utter frustration and fear and times of not knowing what the future held. But they held onto one key commodity, the one thing that can save a son that really isn't interested in being saved - they held onto hope.

Aleatha remembers those times, "I was told repeatedly that he would very likely end up dead or in prison. That was not easy to hear about my son. Many of his friends had died during those years and even now others remain in prison. These scenarios were not used as a scare tactic but a reality that I had seen with my own eyes."

She continues, "Still, I could not release my powerful feelings of hope. I shared those feelings of hope with my son even in the darkest times. It puzzled and sometimes enraged him, but somewhere deep within him I think he counted on my hope when he had lost his own. There is power in hope."

Anne Lamott, a well-known novelist and non-fiction writer, suggests, "Hope begins in the dark, stubborn hope that if you just show up, and try to do the right thing, the dawn will come. You wait and watch and work. You don't give up."

Hope is a product of the equation: faith + humility. The faith needed may only manifest in the beginning as a desire. In Sam and Aleatha's case, the desire for a good outcome for a lost son. When that desire is nurtured, when the embers are fanned, it comes to life in the flame of faith. When the sum of faith and humility is sufficient, it reaches a type of spiritual critical mass and hope is fostered and grows. A willing heart emerges and generates the ability to do what needs to be done without the benefit of knowing the outcome.

Fast forward to a recent statement by Sam and Aleatha's son, Connor: "Words cannot describe my peace. I look back two years ago and compare it to now. I have changed mentally, physically and spiritually. I love where I am today. I love who I am today. I am grateful for the people I love and that love me back. I wish I could take back the pain I've caused. I wish I could have those that have passed on here with me now. I know though that I can make them proud. I can make pain easier with change and growth. I Love my life. I am happy. I have love. I am learning. I have peace."

The notion that Connor could make such a statement was unthinkable just a few years ago.

Others can benefit from your experiences

Connor now works in a wilderness therapy program and recently had an interaction with a young man that might best be described as his clone. A lost young man struggling to accept the therapeutic process and the help of others. Determined to leave the program, Connor was assigned to "walk him out" of the wilderness. Some who had tried to work with the client had exhausted their techniques. Hope for his recovery was gone.

But in that three-day march, a miracle occurred. The client could hear the message that Connor bore, "You need help, and you are walking away from it." The client chose to return to the program.

Upon hearing this story, Aleatha responded, "What a gift as a mother to listen to my son's voice share this experience about someone who almost gave up hope himself and who others' hope for him was hanging by a thread. I marveled that my own son was once the 'client' that some had given up hope on."

There is no shame in asking for help

Yes, as Aleatha testifies, "There is a power in hope." But we can only benefit from that power when we allow hope to well up and live in our hearts. Also, as a parent of an addict, don't try to forge through the process of recovery alone. There is no shame in asking for help. There is strength in numbers, seek out the assistance of everyone you can, including professional counselors, friends, family and ecclesiastical leaders. Fan the embers of your desire for a positive outcome, access your humility and allow the spiritual critical mass to be achieved for hope to emerge.

In the process of recovering from addiction Roger became a licensed addiction counselor and wrote the recovery guide, “The Waterfall Concept, A blueprint for addiction recovery.” He blogs at his recovery website www.waterfallconcept.org
nextarticle 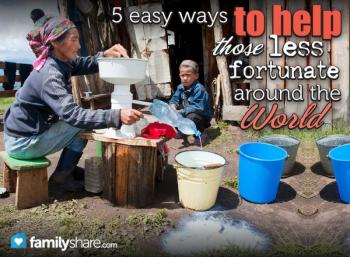