Woman doesn’t discover she’s pregnant until 18 weeks, but what her newborn is clutching in his fist after birth reveals the true mystery

The Irony of What Was in His Hand Caught the Attention of Millions.

In August of 2016, Lucy Hellein got a Mirena IUD, a birth control device that is over 99 percent effective according to doctors and the official Mirena website. A little over nine months later, she gave birth to a baby boy.

And now, one week after his birth, he's already a viral sensation from this photo taken of him shortly after birth.

In his tiny fist, he's holding the very IUD that was supposed to prevent his birth

The photo went quickly viral as people claimed that baby Dexter Tyler was born clutching the birth control in his hand. Although inaccurate, the true story is just as compelling.

Hellein likely got pregnant three weeks after the IUD was inserted, according to First Coast News. In December she found out she was pregnant at already 18 weeks. The doctor was unable to remove the IUD, so she continued the pregnancy with the IUD inside her.

In a post on Instagram announcing her pregnancy, Hellein wrote, "I was given a due date of May 4th ... even my OB said The Force is Strong with this one. This boy was definitely a HUGE surprise. Apparently I'm part of the 1% who end up with a viable mirena pregnancy."

Baby bump! Back in December, I found out I was already 18 weeks pregnant. "How did you not know you were pregnant?" Well my dear, that's because I still have a Mirena IUD. I was given a due date of May 4th...even my OB said The Force is Strong with this one. This boy was definitely a HUGE surprise. Apperantly I'm part of the 1% who end up with a viable mirena pregnancy. I took this belly pic the other day, 37 weeks and 1 day. I will be having a scheduled csection to find the mirena and close down the baby factory. Both Dave and Faye are excited about baby brother. The Force Awakens April 27th, 2017. Coming soon, more Curly Kitty crochet baby cuteness!!!! #knockedupaf #mymirenafailed #mirenababy #thatsnomoon #thelastjedi #blessing #curlykitty

During her C-section, her doctor found the IUD behind her placenta. A nurse put it into baby Dexter's hand and a picture was snapped.

When it was shared, it immediately went viral.

What are the risks?

Although not planned, Hellein happily welcomed her sweet, healthy baby Dexter into her family. She now has three children, and had previously used successful Mirena IUDs before.

In Hellein's case, the IUD was OK with her pregnancy, but this is not recommended for others. Keeping an IUD in while pregnant is risky. According to Mayo Health Clinic, getting pregnant with any type of IUD increases the risk of ectopic pregnancies (when the egg attaches somewhere besides the uterus).

One of the miracles of Dexter's birth is that the IUD didn't disrupt his development. Besides being one in a million, he survived the risks involved with the IUD in his mother. He truly is a miracle (unplanned) baby. 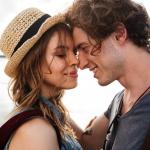 6 Subtle Signs It's Not Just About Sex…