Woman goes to hospital to birth quintuplets, but doctors reveal she was never actually pregnant

The cause was absolutely shocking.

Barbara Bienvenue had been dating her boyfriend, Paul Servat for a short time when she revealed the exciting news she was pregnant with not one, but five babies.

Servat was thrilled by the idea of becoming a father, and the community rallied around the couple to help them by donating baby items and gifts to support the soon-to-be family of seven.

When it was finally time to deliver the babies at 34 weeks, Servat took his girlfriend to the hospital - they couldn't wait to meet the new members of their family.

Barbara Bienvenue fooled her boyfriend, and residents of the Quebec town she lives in, into believing she was pregnant with #quintuplets. A visit to a doctor eventually exposed her.

But, when the couple arrived at the hospital and Bienvenue got an ultrasound, there was something terribly wrong. The nurse informed the parents that Bienvenue wasn't actually pregnant, and that she had never been pregnant.

This wasn't the first time

Servat was absolutely shocked, but Bienvenue's family and close friends weren't quite as surprised. According to Healthy Way, she had lied to a former boyfriend about being pregnant. She also had a history of lying about having leukemia.

But before anyone even knew this was a hoax, neighbor and mother of triplets Genevieve Laflamme reached out to befriend Bienvenue. While Laflamme had some skepticism about the pregnancy, but still believed the woman. Laflamme said, "I gave [Bienvenu] tips on how to handle [the pregnancy], where to get financial support, where to get sponsors for diapers."

Servat was shaken up

When Bienvenue turned out not to be pregnant, Servat was understandably upset, and made efforts to return all of the donations or donate them to other worthwhile causes. He said, "I'm a good person; I have nothing to do with these lies."

Bienvenue stayed at the hospital to be evaluated for psychological issues. It's possible that a rare mental condition could have been the culprit.

In rare cases, a woman can convince herself she's actually pregnant, and it's called pseudocyesis (or a phantom pregnancy).

This condition can give all signs and symptoms of a real pregnancy, except for the presence of an actual baby. According to WebMD, there are a few reasons why this could occur. "Although the exact causes still aren't known, doctors suspect that psychological factors may trick the body into 'thinking' that it's pregnant." The extreme desire or fear of becoming pregnant can cause changes in the body, and make the woman think she's pregnant.

Symptoms are similar to pregnancy

In pseudocyesis, signs and symptoms are very similar to an actual pregnancy. Weight gain, morning sickness and lactation can occur, but there is no fetus. Even doctors can mistake this condition for an actual pregnancy - "Eighteen percent of women with pseudocyesis were at one time diagnosed as pregnant by a medical professional."

Although it's hard to differentiate between a real pregnancy and a phantom one, there are tests that can be done to determine whether or not you're really pregnant.

Testing to see whether it's a phantom baby is the same process as if it were a real baby. WebMD states, "In a case of false pregnancy, no baby will be seen on the ultrasound, and there won't be any heartbeat ... Urine pregnancy tests will always be negative in these cases, with the exception of rare cancers that produce similar hormones to pregnancy."

What you need to do

If a woman has this condition and honestly thinks she's pregnant, it can be heartbreaking to hear that she's not pregnant. If you or someone you know is going through this, it's important to get psychological help and support. 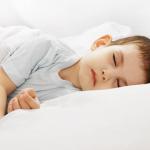 How Much Sleep Does Your Child Really Need?…