A Bunch of Twitter Executives Quit Their Jobs This Weekend so They Could Spend More Time With Family. Here's Another Approach.

Some of Twitter's top management has decided to leave the blue bird's nest, as four executives announced on Twitter Sunday that they would be leaving the company as a part of a management shakeup.

Was really hoping to talk to Twitter employees about this later this week, but want to set the record straight now: pic.twitter.com/PcpRyTzOlW

The exiting managers also let the world know about their decisions on Twitter. And while Vine manager Jason Toff said he'd be heading to Google to work on virtual reality technology, three other execitives - engineering head Alex Roetter, product leader Kevin Weil and media manager Katie Jacobs Stanton - all said they were leaving the Twitter nest for their own.

That is to say, they left the company to spend more time with their families.

After 7 incredible years, I'm moving on from Twitter. Next up: @elizabeth, @thirdweil, and some long trail runs. Also, GO TEAM! ?❤

2/3 I've been thinking about this for a while: after 5.5 yrs, I've decided to take a step back to think about what's next for me & my family

Stanton also wrote on Medium about her decision to leave Twitter for her family.

"I'm increasingly faced with the reality that I can't outsource what's most precious: time," she wrote. "Life moves fast and I want to enjoy the time with my children before it's too late. There's a weird stigma about taking a break to spend time with your family - but really, what could be more important?"

These executives aren't the first to leave their company for family. MongoDB's Max Schireson did it in 2014, as did Mohamed El-Erian, the former CEO of Pacific Investment Management Co. Google's former CFO Patrick Pichette also quit his job to spend more time with his family in March, saying that he rarely saw his family during his seven years as a chief financial officer.

But not all Americans have the income of a chief executive - about $160,000 on average - to leave their jobs to take care of their families. On top of that, 41 percent of Americans feel it's "very important" for them to have a stable job, according to the American Family Survey by Deseret News and Brigham Young University, and an additional 30 percent deem it as "important."

That may be why Facebook founder Mark Zuckerberg, for example, still spends a lot of time operating his social network, but also makes room for time with his child. Just this week, he posted on Facebook about how he took his daughter on her first swimming lesson.

Max's first swim. She loves it!

Similar, Yahoo CEO Marissa Mayer, who just had twin girls back in December, continued to lead Yahoo even as she raised her son, who she gave birth to in 2012.

These CEOs who have tried to manage their work-life balance have resorted to a number of tactics to do so. Zuckerberg and Mayer alike both took limited paternity leave so that they could help raise their newborn in the beginning months of their lives before returning back to work.

But Qualtrics' Ryan Smith took a different approach when he wanted to spend more time with his family and keep his job - he hired a CEO coach to help him keep his work-life balance intact, according to Business Insider.

A CEO coach, something that a number of CEOs in America embrace, often has clients look for what they can do every week to be successful at various aspects of life, like their ability to parent or lead a company. So each week, CEOs like Smith will write what they feel they can do better to improve their role as a spouse, partner, child, boss or family member.

"He likens work-life balance to a plane that can easily go lopsided and constantly needs to be stabilized," Business Insider reported. "One wing represents his family's needs, the other his work's. When he's on a business trip, for example, one side of the plane tilts down. When he returns to his family and clears out the weekend for his children, it's tilted back up."

Other CEOs will find ways to increase their family life when they're at home, like by coaching their children's sports teams or hosting different activities for their children. This is the case for Clif Bar CEO Kevin Cleary, who said he coaches his son's Little League games, and H&R Block CEO William Cobb, who has coached three different sports teams for his children, Time reported.

But these are only some of the tips offered by chief executives. Experts told Huffington Post's business and technology executive editor Emily Peck about a few other tips that work for parents who don't want to quit their job but do want to spend more time with their family.

Researchers told Peck that hard workers switch up their hours - by leaving work early during the week or opting to work an hour or two on the weekend. It may also be beneficial to work from home on occasion, too.

These parents may also want to work while on the road so that they can spend weekdays with their family.

"Other ways to find time without burning out: Have breakfast with your family instead of watching TV together at night," time management expert Laura Vanderkam said, according to HuffPost. "Commute to work with your spouse if it's convenient. Or if you work near each other, meet up for lunch." 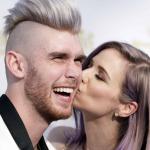 The Latest Star to Speak Out Against Premarital…