Your Child Probably Has One or Two of These Toys.

Every few years, it seems there's a new fad going around that kids just can't get enough of. It's all about the latest and greatest toy, and your kids beg you to buy the "it" toy their friends already have. A while ago, it was slime. Nowadays, it's fidget spinners.

The father definitely isn't alone in this fidget spinner accident. Several parents are also sharing the harm fidget spinners have inflicted on their children.

In a report by USA Today, Texan mother Kelly Rose Joniec shared (via Facebook) the dangers of these spinners. The mother was driving her young daughter back from a swim meet when she heard panicked choking noises coming from her little girl.

"Looking back in the mirror, I saw her face turning red and drool pouring from her mouth," Joniec said. "She could utter noises but looked panicked so I immediately pulled over."

Joniec's daughter had popped out one of the easily removed bearings out of the spinner and swallowed it - after surgery, she ended up being OK, but the mother was understandably spooked.

Other parents have needed to rush their child to the hospital for fidget-spinner-caused-stitches, while others have needed to schedule an impromptu haircut after the toy got tangled up in a child's hair.

While every toy can potentially be dangerous to children (especially if they aren't used according the manufacturer's directions) the best way to avoid serious injury is to supervise your children at all times - especially when they're playing with something that could be easily swallowed or potentially harmful. 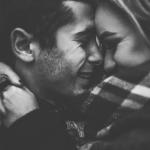 This Husband Talked About Why He Doesn't Help…