Your child argues about everything? Appeal to the heart.

Are You Constantly Arguing With Your Child? if So, These Tips Can Help.

My son Checkmate (not his real name) is one of those kids. He's naturally assertive and has strong opinions, which he isn't shy about sharing. Sometimes I think he likes arguing. And he's good at it.

Unfortunately, he doesn't always know when to stop. Which can be exhausting. There are days when I feel like we are constantly arguing. Those are the days when he literally argues about everything.

Now, I'm the first to admit that I want to raise children that are able to respectfully disagree. I want them to stand up for what's right. And be able to self-advocate. But there is a big difference between self-advocating, and arguing just to argue.

Having a Child that Argues About Everything

It is absolutely exhausting to live with a child that argues about everything. Dealing with Checkmate's arguing has been my single biggest parenting struggle.

There were days when the arguing would start at breakfast and continue until bedtime. And it was the constant, persistent debating kind of arguing, which is my son's go-to strategy. He tries to wear down his opponent (which is me) until I cave. And sometimes I do.

He also has an uncanny ability to make a convincing case for whatever he's arguing about. And is extremely determined. And while these are great traits to have, they do create parenting challenges. Like problems when other adults that take his arguing very personally.

So how did we get there? How did we go from a child that argues about everything to one that recognizes cues to stop, and moves on?

Like most parents, we tried to teach our child how to behave by telling him what to do and why he needed to do it. We tried to reason him into agreeing with us.

But, trying to convince a child that your are right, and by default they are wrong, can lead to power struggles, which reinforce arguing behavior. Exactly what we didn't want to happen.

Because, the truth is that even when a parent has all the facts, they still may not be able to convince a child to agree with them.

And when children don't agree, they rely on their strengths to get their own way. For differently wired kids (gifted, autism, adhd), these strengths likely include superior intelligence, excessive determination, and keen logical reasoning abilities. Everything they need to be great at arguing.

So, if your child thinks they are winning arguments by using their strengths, you'd better believe they'll keep arguing. This is how things that should be normal everyday discussions turn into disagreements. And how you end up with a child that argues about everything.

The really exhausting/frustrating/irritating thing about this is that your child has a lot more time than your do. And if they're like my son, they're perfectly happy to spend all of it arguing with you.

The first strategy that helped up us reduce my son's arguing was using an emotional argument. We learned about this when a Functional Behavior Assessment (FBA) was conducted on our son.

Logic, we were told, was our son's strong suit. And he had been wielding it to out-argue and frustrate several of the adults at school, which created nothing but problems.

Your child can't disagree with how youfeel. They have no way of really knowing how you feel. Which makes an emotional argument much more effective for avoiding power struggles.

So when we sensed a disagreement coming, we appealed to the heart. And today it is like we are living with a different kid. No, he's not perfect. But, he's much more reasonable than he used to be. And we aren't constantly arguing.

How to Use an Emotional Argument

Make emotional statements like, "I'm feeling frustrated" or "I'm feeling upset." This is really difficult for your child to argue since you are the expert on your emotional state. For us, simply stating how we feel tends to stall my son's argument while he processes the situation. And then decides what to do next.

Think about the tone of your voice and your body language. Children need to learn to understand emotional tone. It's one of the ways we pick up on social cues. For my son to recognize when to stop arguing, he needed to understand someone else's emotional state. Emotional tone is critical for this understanding.

Don't confuse an emotional argument with blaming your child for causing your emotional state. For example, don't say "You're making me very angry." Blaming a child for your emotions can be damaging. It can also backfire by adding fuel to the argument. Or it could trigger a defensive response, which could lead to a meltdown.

What If Your Child Continues to Argue?

Let's be honest. There's really no 'If'involved here. This will happen. Especially when you first start making changes.

Think back on all the times your child argued with you and won (or thought they won). Every time that happened, they learned that arguing works. That's a lot of reinforcement.

When we first started making changes, Checkmate's arguing got worse. But we stuck with it. And then it got better. A lot better.

In addition to using emotional arguments, the other strategy that really helped us was to disengage from arguing.

One way to disengage is not to start arguing in the first place. As long as there's not a health or safety risk involved, let your child make mistakes.

When your child tries to continue an argument with you, don't argue back.

Walk away. Give them a few minutes to calm down. Let them get the argument out of their system. Yes, they may actually need to say what they are thinking. Don't respond.

You may be thinking, what if my child follows me? What if the yell and call me names? Am I letting them disrespect me? Aren't they getting away with it if I ignore this behavior?

Remember, you can always come back and address these behaviors later, when the argument is over. And your child is calm.

But if you re-engage now, you are perpetuating the argument. And your child will feel like they won. Because having you engaged in arguing is what they want right now.

Using an emotional argument and walking away from challenging behavior is counter-intuitive for most of us. It takes more thought, patience and self-control than arguing back, or punishing. But if you don't give up, the benefits to your child and the rest of your family are worth it. They were for us.

Editor's note: This article was originally published on Jen Gochoel's website. It has been republished here with permission.

Jen is a mom of differently wired tweens, former teacher, book nerd and coffee addict. She loves writing, all things Disney, and just hanging out with friends and family. She is the brains behind One Small World.
nextarticle 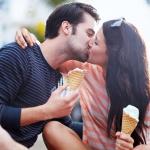 4 Ways to Get Your Wife to Stop…