Your child will probably suffer from these 6 infant illnesses. Here’s how you beat them

A New Study Says Breastfeeding Can Cure Ear Infections and Diarrhea. But That's Not the Only Thing Your Child Will Suffer From.

Breastmilk can cure some serious child illnesses, from top to bottom.

A new study from researchers at the Research Institute at Nationwide Children's Hospital found that breastfeeding can make children feel healthier than pumped milk from a bottle when it comes to ear infections and risks of diarrhea.

The study had 491 mothers fill out surveys. Three out of four mothers said they fed their child through breastfeeding, formula or pumped milk in the first 12 months of the baby's life.

Both findings show that breastfeeding - or at least providing milk to youngsters that originated from the breast - can improve their well-being and keep them healthy.

"This research begins to identify unique and separate associations of substance fed and mode of breast milk delivery, and demonstrates the importance of exploring these distinctive exposures in infant feeding research," Kelly McNamara Boone, co-author on the study, said in a statement.

Of course, the researchers also admitted that mothers shouldn't be quick to see this as a sign that breastfeeding is the only way to go when it comes to nurturing an infant. It may also not be the quickest way to cure common ailments among children.

Here are six common medical issues that children face in the first few months of their lives and how to beat them.

Your baby will get sick, there's no escaping that fact. Whether it's a chest burn or tummy ache, young ones are prone to these issues. For these colds, parents can grab humidifiers to help keep their child's airways clean, according to Today Parents. Keeping your youngster's head elevated will also allow fluids to travel through their body quicker, which will delay the length of their sickness.

Sometimes it can be hard to treat your child's cough, since all those over-the-counter drugs you'd buy for yourself aren't suitable for infants. But experts do have some drug-free relief tips for when this happens, like taking saline drops, which can open up some paths and clear out some mucus in the nose and throat, according to WebMD.

Parents will also want to increase their child's fluid intake, giving them more drinks than normal. This should thin out mucus issues in the nose. Water and juice are both recommended, WebMD explained. Honey may also be a good substance to give a youngster.

Breastfeeding isn't the only way to help your child avoid diarrhea risks. According to the Summit Medical Group, parents will want to increase their child's fluid intake and provide table foods, which are thicker and have more substance.

"Keep giving your child table foods while he has diarrhea," according to Summit Medical Group. "The choice of food is important. Starchy foods are digested best. Examples of such foods are dried cereals, grains, bread, crackers, rice, pasta and mashed potatoes. Pretzels or saltine crackers can help meet your child's need for sodium. Soft-boiled eggs and yogurt are easily digested and provide some protein."

Once again, don't rely just on breastfeeding to avoid ear infection issues. Talking to a doctor may be the best practice at first, since a medical professional can prescribe antibiotics or recommend implants or tubes be placed in the child's ears, according to WebMD.

Parents should be aware that it's normal for children to suffer from fluid build up. If it doesn't clear up after three months, then it may be time to see a doctor, according to WebMD.

Your baby may have a tough time going to the bathroom. Jennifer Shu, M.D., an Atlanta-based pediatrician, told Parents magazine that this may be cause for concern, as regular pooping from a child shows that the infant is properly digesting food. Formula-fed babies are more likely to suffer from this issue, since it's got more substance than milk-based feeding does. It also happens when babies start to eat their own solid foods.

Shu told Parents magazine that this can be cured by offering your child fruits, vegetables and fluids.

"When a change in diet isn't doing the trick, talk to your pediatrician before employing other methods. The doctor might suggest rectal stimulation with the use of a cotton swab or rectal thermometer," according to Parents magazine.

Your newborn could suffer from acne, as surprising as that may sound. It will usually pop up around two to three weeks after the baby is born, and could last until the baby is half a year old, according to What to Expect, a Web platform with pregnancy information.

Though no one's quite sure why this happens, experts are quick to mention that infant acne is common among newborns. Parents should not try to scrub at it or pick it off. Washing it with water will help cure this issue over time, according to What to Expect. 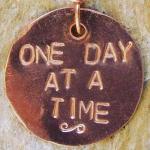