If your child worked her or his first official job this summer, she or he might feel flushed in cash. After all, a three-figure weekly paycheck is a lot more compared to what can be gained from an occasional babysitting job or a birthday envelope from Grandma.

Some kids may have to use part of this money for gas and auto insurance. However, chances are they are still going to have more spending money than they have ever had. Left to their own devices and interests, it is easy to see them go on a spending spree. What teen isn't tempted to spend on video games, designer clothes, and frequent trips to the convenience store?

This is where advice from mom and dad is important. Most parents have heard about the importance of encouraging kids to save for college. That's forward thinking, but why stop there? Why not encourage your children to save for their retirement?

The reason to do this is that the most useful tool for building a healthy-sized retirement nest egg has nothing to do with knowing the latest hot stock. The most useful tool is the effect of time on helping an investment grow. Here is an extreme example of what a difference time makes:

Earlier this year a California couple found eight buried cans in their backyard. Inside were 1,427 mint condition gold coins with a face value of $27,980 dated between 1847 and 1894. News stories reported that the coins could net the couple more than $11 million. Does this sound like a great windfall? A better question is what would have happened if this money had been invested in the stock market, instead?

Economist Robert Shiller has compiled stock market data going back to 1871. Using this resource, if you track the stock market return from 1895 through 2013, an investment of $27,980 would have grown to more than $1.9 billion!

Take $500 of your child's summer earnings and invest it in a Roth Individual Retirement Account (IRA) mutual fund. You could also do a traditional IRA, but a Roth is a better deal, unless your teen is in a super high tax bracket (unlikely). A Roth IRA is tax-free money when it is withdrawn at retirement age. The money has to be "earned" as defined by the IRS to qualify for an IRA. You can't give your child the money to invest in an IRA if she or he made no earned income. Assuming an 8 percent return, after 54 years this money would grow to more than $30,000.

Now, no one can predict the future, so there is no guarantee that this would be the actual results. But historically, money invested in diversified stocks over decades has always gone up, often at rates higher than 8 percent.

Let's take the example of a 16-year-old who invested $50 (instead of $500) in an S&P 500 investment in 1959. Now that the 16-year-old is 70, the balance has grown to more than $90,000. (You can play around with a historic stock market return calculator at [http://www.moneychimp.com/features/marketcagr.htm](http://www.moneychimp.com/features/marketcagr.htm)).

Here are some variations of this plan that can make this nest egg even better. What if your child invested $500 for three summers in a row starting at age 16? Using the same 8 percent return, he or she would get almost $90,000 by age 65. If you're in a position to do so, you might consider matching your child's $500 investment each year (you could do this as long as your child made no more than the amount invested in the IRA). Now the retirement total is over $170,000.

Get the picture? If you start young enough, a little bit of money can grow to a great big pile of money. The longer you wait, the more you better start digging for gold in your yard. 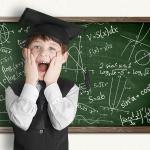 5 Ways to Help Your Kids Transition Back…