Your parents probably never had this ONE conversation with you; here’s the new up-and-coming topic you should be addressing with your children

Why Aren't We Talking About This More?

Recently, I was talking to a friend of mine who said something that intrigued me. He said, "monogamy isn't realistic."

He got the idea from a movie he had recently seen, where a father repeats that phrase to his two daughters. He compares serial monogamy to a little girl playing with her favorite doll, but then explains how unfair it would be if she were told she could only play with that one doll for the rest of her life.

While this scene is meant to provide comedic relief, my friend argued that there was truth to that statement.

"Mammals just aren't meant to be monogamous," he said to me.

Are we incapable of commitment?

It really rubbed me the wrong way when he said mammals can't be monogamous. I don't believe that's true. Yes, monogamy is rare in the animal kingdom, but not nonexistent. Beavers, wolves, foxes and otters are all known to stick to one partner throughout their lives.

It also implies that humanity just makes up another tier on the animal kingdom. But we are more than beavers and otters - humans are far more intelligent and evolved than other mammals, and are capable of so much more.

Despite my friend's comment (and less than monogamous trends in society), monogamous marriage has undeniable benefits. The Love & Fidelity Network found that children raised in homes by a loving mother and father fare better in life than children raised in different circumstances, such as single mothers.

The New York Times also reported on a study that found that "participants who grew up in intact, traditional families reported the lowest average level of problems in their current life, like drug use, unemployment or depressive moods."

Of course, some parents are placed under less than desirable circumstances that are out of their own control, and they're not to blame at all. To all single parents out there, you're doing a great job.

Casual dating is the trend now

In recent years, we have seen a rapid rise in the popularity of polyamory, specifically open relationships where being in a committed relationship means you are also free to date other people.

This trend of multiple partners is only propelled by dating apps like Tinder and Bumble. People are using these apps as a way to get out and meet lots of people, without worrying about committing themselves to just one person.

It seems that everyone craves personal connection, but they're unwilling (or unable) to get that satisfaction from one person. Instead of fighting for a single relationships, they search for it in multiple people.

So, teach your children your family values. You and your spouse should be a good example of what kind of love your children should look for one day.

We need more people willing to fight for real love. When you really love someone, you're willing to commit yourself entirely to them and put their happiness above your own. If they do the same for you, you won't feel the desire to establish romantic relationships with anyone else but them. 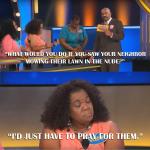