The dream is just as important today as it was when it was first shared.

According to a Pew Research study on race in America, most U.S. adults have negative views of the country’s racial progress and say the legacy of slavery still has an impact on the position of black people in American society today. More than four-in-ten said that the country hadn’t made enough progress toward racial equality in that same study. There was also some skepticism that black people will ever have equal rights with white people.

When Martin Luther King Jr. delivered his iconic “I have a dream” speech in 1963, it was a call-to-action for racial equality. King urged America to “make real the promises of democracy,” focusing on the necessity for change and also hope for a better America. He is remembered today for the way he responded to injustice and inequality.

We are called to live out his dream by advocating love, not hate. Given he was a God-centered man, he trusted in the teachings of Jesus Christ. He lived out His command to love his neighbors as themselves, even when he was approached with violence and resistance. Unfortunately, many still King’s dream as an elusive goal. Here are four big reasons why Martin Luther King’s ‘I Have a Dream’ speech still matters.

It Was National Wake Up Call

King’s speech was a wake-up call to America. The Rev. Daren Brake, an associate pastor at the House of Lord in Akron, Ohio, says that when we look at the heart of what King preached, instead of popular soundbites of his message, we can view his words through fresh eyes.

“I would argue that the legacy he left behind comes a little earlier in that message, which is not quoted that often and is overlooked,” Brake said, “When he said that ’1963 is not the end, but the beginning.’”

It’s time for people to face their denial of racism. Too many people are afraid to confront racism because it doesn’t feel good to talk about it. The ongoing nationwide protests sparked after the killing of Gorge Floyd is just one example of the systemic racism that plagues our nation. We are at an inflection point. It’s important that people identify this denial's historical and social roots while also figuring out the best ways to confront it head-on. Racism still exists, and until every person in our nation can say that, we can’t heal.

We Are Still Seeking Racial Justice

The nation continues to express heartache over the senseless killings of black and brown people. King’s speech was a call for racial justice, a justice that we are continuing to seek. The truth is black people can’t get equality until America no longer has two systems of justice. This is why reform is so important. We should take a closer look at our broken systems and demand that these systems change. We shouldn’t shy away from these conversations. If we witness an injustice taking place, we have to call it out.

There is Still Work to Be Done

It's been more than 150 years since the 13th Amendment abolished slavery, and our society still feels its ramifications. More than 50 years after King delivered his “I have a dream” speech, we are still dealing with racial tension, injustice, and inequity. This alone should tell you that there is still work to be done. We may no longer be living in the Jim Crow era, but black people still feel the effects. Black fathers and mothers pray daily that their children will walk out the door and return safely because they fear their safety. What a wonderful it would be if that fear no longer existed?

While our country continues to grapple with the sin of racism, some people don’t believe things will ever get better. Yet, we can still find hope in King’s message and the idea that there will be justice and equality for people of color one day. The call to end racism, build sounder communities, and help one another heal from racism's damage may seem far. Yet, there is hope. The dream marches to this day, now with Black Lives Matter (BLM), a movement that campaigns against violence towards black people. BLM has moved from the political outskirts to the center of America’s conversation about race. The movement’s existence proves how important King’s work is and how it is still unfinished.

People from all different racial and ethnic backgrounds are demanding change right now. We should never lose sight of King’s dream. It’s more important now than ever that we live it out. 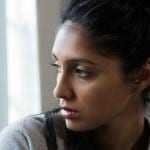 7 Motivational Words to Get You Through a…