Why your New Year’s resolutions are failing

According to Forbes, Only 8 Percent of People Actually Achieve Their New Year's Resolutions. How Can You Be Part of That 8 Percent?

With the New Year starting to bloom and New Year's resolutions already starting to fizzle, many people are probably asking themselves why they can't seem to stick to their goals. It's not for a lack of desire. That's why the goals were set in the first place. It's not because we didn't have the right motivations. The biggest reason why most of us fail at keeping to our goals is because we are focusing on the wrong issue.

According to The Motley Fool, the top two New Year's resolutions are losing weight and becoming better at budgeting. Why are those so important? Because physical and financial health can be vital to one's personal happiness, as well as happiness in the family. Along with the latter is paying off debt, which can improve your family's financial situation and provide a better environment for providing for your children in the best way possible.

A lot of people who are heavily in debt rightly focus on getting rid of it, but they don't stop to think about their after-debt plan. The problem is that if you are getting out of debt for the sake of getting out of debt, there's no guarantee that you aren't going to go back to it. Chances are you'll soon get bored with your new lifestyle and you'll just start spending again. Your behaviors changed for a little while, but your true nature shines through in the end.

The same goes for losing weight. There are many people who intermittently belong to a local Weight Watchers group. They stick around until they reach their weight goal then stop attending, only to re-join the next year when they gain all the weight back. They go with the mindset of changing behaviors, but they come back because they haven't changed their nature. Eating well and exercising never became a sustainable lifestyle, and their short-sighted goals were focused on one of the measures of health rather than health itself.

So how do you switch from focusing on changing your behavior and focus on changing your nature? No matter what it is, something becomes part of your nature when there is no longer any part of you that fights it. You're no longer budgeting just because you were told it was a good thing to do. You no longer delay gratification because you know you should. You do it because you want to, and you can no longer picture yourself doing the alternative. The old man or woman is dead and you're a born-again budget lover or a new and improved health nut.

How do you change your nature then? Is it by attacking your debt with gazelle intensity? Or by joining your local gym? Those may be good at helping you change your behavior, but if you want a long-term change of nature, those aren't enough. That change in nature stems from the desire to become better from within; engaging in steady, consistent efforts to change; and looking beyond the measures of success and focusing on success itself.

When we set New Year's resolutions, we only think of them in terms of how it affects ourselves. But in reality, a whole family can be affected by a parent's poor health or money management problems.

According to Forbes, only 8 percent of people actually achieve their New Year's resolutions. So, when you are setting and working on yours, or any other goal for that matter, remember that success lies in becomingbetter, not just doing better things:

And most importantly, check your motivation often to remind yourself of why you are improving yourself. If the motivation isn't sustainable, neither are your goals. 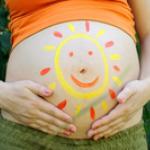 How to Avoid Making a Pregnant Woman Angry