4 Discipline Rules You Should Never Break

Every Parent Wishes Their Children Came With a Manual, Especially When It Comes to Disciplining. These Four Rules Will Help You Know When and How to Discipline Your Children Without Risking Any of the Negative Repercussions.

Disciplining is tough. You never know if you're being too hard, too soft, if you're doing it for the right reasons or if your child is learning the lesson he's supposed to be getting. So it's no wonder that one of the most common reasons families come to me for family counseling is because of problems surrounding disciplining.

For the most part, families do reasonably well disciplining their children. But I have found that when things aren't going well, there are usually three things the family is not doing. In my experience as a marriage and family therapist these are four rules that I have found that parents should never break.

Parents need to be consistent in giving out punishments. If you punish your child for something once, you have to make sure to punish them for it consistently in the future, too. If you're not consistent in punishments, children don't learn the necessary lesson. Instead, they learn that there are certain times they can get away with things and they start trying to figure out how.

When you look back to your own childhood, you probably don't have to look too far to see times when your parents made threats where you knew they weren't going to follow through. You probably learned not to take those threats seriously. Your children are the same way. They know when you're serious and when you're just making empty threats, and they don't take the empty threats seriously, either.

Telling your children that they'll be grounded for a month when there's no way to follow through with it is empty and meaningless. Your children know this, and they don't take it seriously. As a result, it seriously decreases your credibility as a parent in the eyes of your children. When you decide on punishments, make sure it's something that you can enforce.

4. Give rewards for good behavior

Proper disciplining also means rewarding good behavior. As a parent, if all you're doing is doling out punishments as discipline, your child is going to think you're a pretty big jerk. And you're going to hurt your relationship between you and your child, too. Make sure they get positive rewards for things they do, as well. Rewards can be encouragement, praise, extra allowance, or extra privileges.

Disciplining isn't easy. It's one of the things we wish we didn't have to do as parents. But following these rules can help you make sure you're doing it right, and that your child is learning the lessons they need to learn to make them happy and successful in life. It will also make sure that you're doing it in a way that benefits your relationship with them. 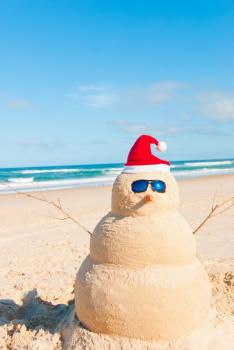