These Small Actions Each Speak a Thousand Words of Love.

Men have been known to act differently on their feelings then women do. They communicate, feel and react in a way that can be hard for us girls to understand. But I'll let you in on a little secret - pay attention to his actions rather than his words. Yes, when he says "I love you", he means it...but his actions really show you it's true. It may seem odd but your better half communicates with you through his actions and not his words.

Afterall, actions really do speak louder than words, so keep a look out for these 10 messages of love:

1. He smiles when he thinks of you

I wish so badly that every woman could always see when her man is thinking of her. Some women are lucky enough to see it happen often; that golden smile quickly flashes across his face and you know without out a doubt how much he loves you. It's such a tender moment and unconscious action that says more than words could.

2. He talks about you to his mom

When your man wants to figure out the perfect way to propose to you or what to buy you for your anniversary, what better person to go to than his sweet mother? That choice to talk sweetly about you to his mom is an incredible act of love.

Men who are in love will want to give the world. He might not say it that way, but his little actions that pamper you tell you just as much. He'll want to make sure your helmet is buckled tight before riding off, or that your yogurt isn't about to expire. He might shower you with surprises and flowers. A man who cares about you will act like you are precious and deserves the very best.

4. He remembers the memories

Ever wonder why he'll suddenly bring up your dorky high school pictures or get all nostalgic about a seemingly random ice cream parlor? These little actions of remembering the past show you how sentimental he is about your love. It's sweet, even if it seems random.

Chances are that your man has dated or was in a relationship with another woman before you. They came into his life and they had a good (or maybe a bad) run of things before they left. His action to let it go shows you how much he loves you. Your partner decided to let that person leave his life, because you have truly stolen his heart.

6. He keeps you close

You could both be in different sections of a store or at some social gathering, but no matter where you are, your darling keeps you close. Maybe he'll sweetly grab your hand, or end up playing with your hair. While he won't admit it with words, he loves having you around. He feels protective of you and wants you near him. Remind him with a flirty wink across the room to let him know you love him too.

7. He lets you dress him up

If he lets you choose an entire outfit for him, then you have a keeper. Most men couldn't care less about all that stuff, but he knows you do. So he lets you dress him from head to toe. That action speaks volumes about how he feels about you.

8. He gives you advice

A man who can have an open conversation with you about what his opinion is and how you should handle a situation shows a deliberate act of love. Putting in the effort to not only listen but to counsel you shows he is really trying. Choosing to help you out by offering his help is one of the loudest actions of love a man can make.

In every way possible, a man will protect his treasure. You are that treasure, and he will seek to defend and protect what he values most.

His affection for you is no secret. Everyone knows you guys are officially together, but he wants to make sure. He'll do this by bragging about your accomplishments, sliding you into his conversations, choosing to spend time with you whenever he can and other little actions. He will want the whole world to know he's proud to call you his.

Remember to look for those little actions he does do just to see you smile. They may be little, but they are there. 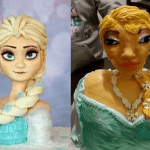