Even Though Second and Third Marriages Have a Bad Rap as Far as Statistics Go, They Can Work.

According to Psychology Today, "Sixty-seven percent of second, and 73 percent of third marriages end in divorce." (February 6, 2012) These statistics can be very discouraging to couples contemplating marriage after divorce. This article, by Dr. Mark Banschick, went on to say that some of the reasons for this have to do with people marrying on the rebound without allowing time to recover. He emphasized that it's important to get your priorities straight before entering another marriage, otherwise you're liable to repeat the same mistakes.

Of course, other factors enter in. Dr. Banschick said, "Because the great majority of children born to married couples are born during their first marriage, when the parents are up to about 35 years old, most couples in a second marriage do not have common children to bind them together. Conversely, not having shared responsibility for kids means it's easier to leave when you are going through a rough patch."

He also made the point that children from previous marriages can be a source of contention. "Having to adjust to your spouse's children and his or her relationship with them is often difficult for couples. Inevitably rivalries and arguments arise, making this a constant area of conflict."

With these factors and others in mind, here are 10 questions you need to ask yourself before sealing the deal with a new spouse.

1. Am I convinced that my previous marriage is done?

If you have any intention of trying to get back with your former spouse you are not ready to marry someone else. Your first marriage has to be finished - finalized on paper and in your mind and heart. That takes time.

2. Am I still in love with my former?

If you are, there will be no room for a new mate until you are over any romantic feelings for your former spouse. That doesn't mean you can't love someone new. It just means you need to be patient as you work through those feelings.

If you think marrying someone else will eliminate the feelings of love you still carry for your former you're barking up the wrong tree. That's why it's so important to take your time. A divorced friend who is in a successful second marriage told us what he did. He said he spent a lot of time alone after his divorce, examining his own life and attitudes, and looking at the part he played in the failure of his marriage. It gave him time to discover what he needed to do so that when he was ready he had something to offer a new spouse without being bound up in all of the baggage from his first marriage.

4. Have I accepted my part in the failure of my previous marriage?

Acknowledging your part will go a long way toward a better second marriage. People who do not learn from history, repeat history.

Working through anger may take a few therapy sessions, but will be worth it. Carrying anger around is a terrible albatross. When people move too fast they are more likely to recreate the worst parts of their first marriage. They expect their new mate to make up for what went wrong in their first marriage. People often end up treating their new mate with all the animosity that belongs to the previous mate. That's why they need to be done with any animosity toward the former.

6. Do I speak respectfully about my former spouse to my children?

7. Am I ready to set boundaries with my children concerning my new mate?

Some parents fear their own children will reject them if they set these boundaries. A new marriage can't work unless you are willing to set boundaries that demand they respect your new spouse. This doesn't mean they have to love him or her like their other parent. That's not realistic. It just means they must show respect. This will come from you and what you expect of them.

8. Am I ready to welcome step children into my life and understand that this will be a difficult adjustment for them and for me? Getting to know potential step children before the marriage takes place can help immensely in making the transition work. However, once the union takes place unanticipated problems will arise. Understand that this is normal and can be worked out with time and patience.

9. Am I ready to love my new mate's children in spite of how different they may be from my own? Accepting these differences and finding the good in them will go a long way to bringing peace into your blended family. It's hard for children to suddenly have to adhere to a new set of family rules. Your being kind and understanding is a requirement for them to eventually feel at home with you.

10. Do I accept the fact that my new mate will not be perfect?

Almost unaware, a new spouse will expect the new mate to make up for the shortcomings of his or her former. Even though you may be swept off your feet by someone new and think he or she is near perfect, the truth is, they will have flaws. Don't expect perfection. Be willing to work together as you discover the good in each other. Be forgiving.

Honestly answering these 10 questions is a good start to achieving a successful second or third marriage. Both partners need to review these questions. If you want your marriage to work, and who doesn't, then be willing to do the work it takes. 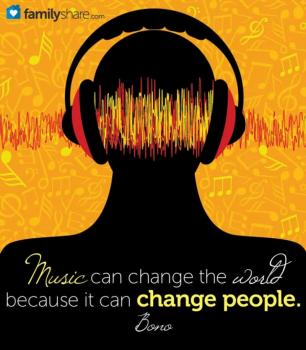 Helping Your Kids Understand the Impact of Song…