10 sayings you should never believe about marriage

These Are 10 Different Things People Commonly Say About Marriage That You Shouldn't Believe.

According to a report from the Pew Research Center, there are a rising amount of people in America who never have and never will get married, although the reasons for that are unclear.

However, not all input and feedback from society accurately represents the time-honored tradition. Here are 10 things people often say about marriage that can be misleading without the right context.

You have to find the perfect partner

Do you really need to look for the perfect person to be with? According to The Huffington Post's Gal Szekely, finding Mr. or Mrs. Right isn't a necessity for a happy marriage, and can actually cause anxiety between partners who expect their significant others to meet an impossible standard.

"Of course no one is perfect, and when we compare our partners to this ideal, we are inevitably disappointed," Szekely wrote. "Then we make the mistake of thinking he or she is the wrong partner and throw away a relationship too early as a result."

Arguing will destroy your marriage

Some believe that getting into arguments and conflict can spell the end of a relationship. But as Dr. Gail Saltz told The Today Show, having some verbal disputes can create strength between partners.

Refusing to resolve a disagreement can cause problems, Saltz said, but arguing and coming to a conclusion or compromise can only create more harmony and intimacy between a married couple, despite the differences.

"How you negotiate those differences is predictive of how healthy a relationship you will have," Saltz wrote. "Arguing well can even result in further intimacy because it shows both of you that you can disagree yet find a way to compromise and still love each other."

You have to tell each other everything

Sharing intimate details about your thoughts, feelings and experiences can be positive for many married couples. But telling your spouse every detail isn't always helpful.

Deseret News National wrote about the different ways Facebook can destroy your marriage. One of the ways includes focusing too much on other people's Facebook lives and opinions, rather than on your own.

"Some would call this 'the Instagram effect,'but the idea is simple: You care more about what your friends and family are posting on Facebook than you do what your wife or husband is doing right in front of you," the National reported.

Be wary of the in-laws

When you really think about it, the in-laws aren't too scary.

In fact, by the time you're getting married, knowing who the in-laws are and how they act should have already been done. Whether it was when you were telling them you were getting married or some other scenario. There are ways to appease the in-laws to get to know them a little more, like taking them out for dinner or involving them in different activities that you and your spouse are doing, which might calm any stormy waters that may arise.

You need to work hard in a marriage

It's commonly heard that spouses need to work to keep a marriage going. But is it less about work and more about just paying attention to it? According to Psychology Today, the way you manage and maintain a marriage can do more help than simply working toward making it work. By the time two partners are ready to married, it should be more about keeping things going and growing rather than just making it work.

Marriage is a lot different than dating

Yes, marriage is different than dating is it's less about trying to impress your significant and more about staying with them. But there are ways to make sure your marriage is similar to dating, and doing so can give your marriage a boost.

She Knows, a marriage and relationship information website, looked at the different ways to make marriage a lot like dating, including going on dates, doing things with your spouse and learning from each other.

You may also want to follow the Deseret News National's 14 ways of keeping your loved one in love with you, since those have been noted to help couples out, too.

Money management can kill a marriage

Is one spouse more financially literate than the other? Or are you both unsure of how to manage your money?

Well, talking over the finances may help your marriage.

According to Bankrate, a financial information resource, when a married couple decides to talk through their financial problems and try and find solutions, it actually helps both spouses learn a little bit more about themselves and their partners. It also helps couples avoid some possibly devastating arguments.

"It's so emotionally loaded, representing power, security, control, self-esteem," said Olivia Mellan, a financial information author, to Bankrate. "You're not just fighting about the money; you're fighting about what the money means."

By opening up and being a little more honest about the finances, couples can move past the troubles and find potential positive solutions.

But it's not the whole story.

The Wall Street Journal reported back in August that men doing housework can inspire their daughters to have high career goals. When the dads do the dishes or wash clothes, their daughters find inspiration and push to have careers that may be predominantly male, since they're seeing gender equality shine before their very eyes.

"By pitching in at home, fathers may be signaling to daughters that they can expect men to help with chores, allowing women more time for work," the Wall Street Journal reported.

Too many differences can destroy a marriage

Ever worried that you're too different from your spouse?

More than that, there are many married couples who are together despite some big differences in faith or politics, for example. According to WebMD, differences in politics can improve a marriage, especially because it allows both partners to see different sides of an argument or debate. And for faith, many interfaith couples tend to do well, even if their religious beliefs don't align, Deseret News National reported.

Marriage will change you completely

Some might be worried that marriage will change them. But according to Woman's Day,a health and wellness website, this isn't necessarily true. Married couples should understand that the person they're going to marry will have some qualities they may not enjoy, but the feeling is probably mutual, according to Gilda Carle, a marriage expert, who spoke to Woman's Day. What makes someone unique, is also what makes them special, and that changes and improvements can be made slowly.

"Over time, you can work on adapting to each other's habits and talking about the things that you really can change or let go," Carle said. 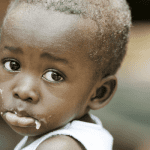 11 Simple Ways You Can Make a Difference…