10 signs a man is leading you on

Is He Really Interested in You, or is He Just Playing With You? These Are the Telltale Signs That He's Leading You On.

He's showed some interest. There's been some flirting. He makes you feel special, and you're feeling some chemistry. You might even have gone on a few dates already. But, in the back of your mind, you're wondering if he really means it.

As you get to know your potential beau more, don't be fooled by appearances. Keep in mind these 10 red flags to tell if he's just leading you on.

If it feels like he's schmoozing you, he probably is. He's trying too hard to keep you interested so that he can keep you as an open option. Beware of cheesy flirting, too many emoticons, and compliments that are generic or vague. If there is more complimenting than actual conversation, drop him!

2. You notice him doing similar things with other women

Flirting with other people is a sure sign that he's just leading you on. You're nothing special to him, and he's just stringing you along, just like he's doing with several other women.

3. He doesn't like to do mundane things with you.

All your time together is centered on fun. Nice dates are great once in a while, but if he doesn't want to get more casual, then he's not interested in you as a person. He's probably more in love with the idea of being in love than he is in love with you. He wants to pretend like he's still interested, but he's just keeping up pretenses. A man who is truly interested in you won't mind just hanging out once in a while, doesn't mind helping you clean the kitchen, and it totally chill with making food at home rather than going out. True love lasts through ordinary days and is built up by everyday actions - but if he's leading you on, he only wants you for the fun times.

4. He doesn't make long-term plans with you

If he asks you the same questions several times, or if he tells you the same stories over and over, then he's probably just running through all the same flirting techniques that he uses with everyone else. He's had this conversation a hundred times before with a hundred different girls, and you are just the next one in line.

One day he's all over you; the next, he brushes you off. He will probably ignore you when he's more interested in someone else, and he comes back to you when it doesn't work out. You are his second choice, so his attention to you varies a lot.

7. He doesn't take you out in public or talk about you to his friends

This is a huge red flag. He is just keeping you under the hood for later. If a man is really interested in you, he will be proud to introduce you to his friends and family. This doesn't mean that you have to meet all his family at once, and it doesn't mean that he has to put it all over social media. Some people are more private than others. But if he's hiding his relationship with you or denies being interested in you, then you're really not important to him.

8. He gets you confused with someone else

He might think that you played piano when you really played violin. He says "remember when..." and you don't remember any of it. He forgets unique details about you because he's trying to keep track of too many women. If he ever calls you by the wrong name, look out.

9. He doesn't text you back consistently

Sometimes he texts you for hours at a time. Then another time, he doesn't text you back until two days later. He'll apologize and say that he didn't see your missed call, or say that he meant to text you and it didn't send. He saw your Facebook message but never replied. Everybody messes up sometimes, but if your communication is unreliable for an extended amount of time, this is a red flag. Communicating with you obviously isn't a priority for him. He's too busy leading on other girls.

Trust your instincts. Your gut feelings have some merit. Don't be paranoid or clingy, but if you get the same impression multiple times, you might be on to something. If you feel like he's leading you on, be cautious. You can tell when someone is really sincere, and if you aren't getting that vibe from him, then you might want to reconsider your own interest.

Hannah Chudleigh joined FamilyShare because of its positive influence on families worldwide. She has a bachelor's degree in English and loves reading, writing, and running.
nextarticle 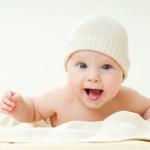 8 Ways to Give Your Baby a Creative…