10 signs he is cheating on you

You Need to Be Aware of the Signs, Especially if You Believe Your Partner is Having an Affair.

Suddenly, he creates distance in your relationship. You don't understand what is going on or why he is acting indifferent towards you. Maybe he's having a bad day or maybe it's something you did.

While a change in behavior doesn't automatically mean your partner is cheating, don't fall into the trap of making excuses if the signs are there:

If, out of the blue, your mister is showering you in attention, he may be hiding his guilt. Randomly pampering you with plenty of gifts and taking extra care to make sure you don't lift a finger is a sign of feeling remorse. If this pampering and attention is uncharacteristic and is paired with other odd behavior, talk to your spouse about your fears.

When he wakes up in the morning, does he take more time to get ready? Does he bring his cologne to work to use before a "lunch meeting"? You know your man's schedule. You know what time he gets up and you know his routine. If he is giving extra attention to his hair or how he dresses he could be trying to impress someone. Of course, if he's trying to impress you, there's no harm done...but if that someone is not you, it's time call him out.

He no longer communicates or interacts with you. For someone who used to love talking through your problems and being your support system, his indifference is a slap in the face. Don't make excuses to pardon this behavior.

Details about his day are missing. In fact, he's silent or only responds in short phrases when you sit down to talk. Even if he doesn't want to talk about something, your husband should care enough about you to have a conversation. A man who loves his woman will confront the conversation head on and lay out how he truly feels. A dishonest man will avoid this conversation altogether; pay attention to his silence.

The guilt he feels will lead him to accuse you of something before you accuse him first. He'll feel the need to point out how you still keep in touch with friends from high school or flirt with the waiter at the restaurant. He'll try to make his behavior seem normal and comparable to yours. Don't let him make excuses for his infidelity.

If he's enthusiastic one second and suddenly depressed the next moment, it might be a sign of his affair. If your mister is cheating on you, he is leading a double life. That is sure to leave him in between emotions.

Losing interest in the things and people he loves is a huge red flag. If he doesn't seem interested in making plans about a vacation with the family or how he'd like to celebrate his birthday, pay attention. At one time, these things really mattered to him, but he's creating distance in his life due to guilt.

When you start making accusations or asking him questions about why he has become so distracted, he'll get defensive. He'll overreact, or not answer your questions directly. Don't let him get away with not talking this through. Although it is natural for a person to defend themselves if they are being accused, lashing out in anger is not.

If he wakes up at all different hours of the night to make phone calls or check his phone, something is up. Obviously, the stress of life can cause insomnia, but a drastic change in sleeping patterns paired with other signs usually point towards an affair.

If friends notice something is different, if your mom is suspicious, if things don't match up with what his coworkers say, pay attention. Listen to what your gut is telling you. It's better for you to listen to what people in your life are telling you than for you to ignore their warnings and end up heartbroken.

No one wants to think of their partner having an affair, but don't be blinded by the possibility. The important thing to remember is to stay strong and remember that he's not guilty until you have proof. Talk with your spouse, friends, and a counselor to help you through this. Have patience and courage to face what lays ahead. 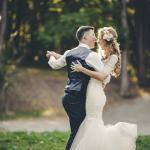 The Best and Worst Ages to Get Married…