10 things only sisters will understand

I should know. Sisters happen to be the only kind of sibling that I have. And I'll tell you what, sisters are pretty great people.

Here are 12 things you're only going to understand if you have a sister:

1. You have the ultimate road trip buddy

Spending 14 hours in the car can make anyone go crazy and having a sister certainly won't solve that. But if you have a sister, at least you're not insane on your own. I mean you've got someone to reenact "Les Mis" with you in the backseat, and that can take up about 3 hours if you have the Broadway CDs.

2. You can brag about stuff and it's not even bragging

If you have something that you just have to tell someone because it's so incredibly awesome but you can't because most people don't take self-promotion too kindly, you call your sister. You can tell her anything, and it's not actually bragging. As a bonus, she's pretty psyched about your successes as well.

You know that if mom bought your favorite cereal, it might not see the light of morning. Every sister knows you gotta hide the goods while you still have the chance. At the very least, you know the exact right words to write on the package of those yummy cookies to discourage them from "disappearing."

4. You have double the wardrobe

You have nothing to wear? Not a problem, your sister definitely does.

5. But you also have some items missing from yours

You were planning on wearing that awesome pink sweater, but it's nowhere to be found? Oh yeah, it's on your sister's body.

6. You have someone to hang out with at family events

You can only take so many, "The last time I saw you, you were this tall!" before you're done. Lucky for you, your friend had to come to this shindig as well (in the form of your sister). If you're hanging out with her, you can always find something fun to do.

7. You had matching outfits

When she was 5 and you were 7, you had those matching pink dresses, and it was so cool to wear them on the same day because then you weren't just sisters, you were twins!

8. You never have to explain yourself

With some of your other friends, you have to explain yourself because they don't know the background for your actions. You sister knows all of your past, so she understands you extremely well. It's pretty great because you can be you with no judgment from her.

9. Your forgiveness knows no threshold

10. You never wonder if she'll be around in your denture days

You don't question the permanence of your friendship, which means you have optimal time to plan out your crazy nursing home shenanigans. 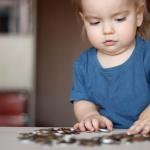 5 Ways Your Children Can Have a Healthy…