10 Things You Should Know Before You Marry an Introvert

This Will Tell You Exactly What You're Getting Yourself Into.

Introverts are wonderful people. They are some of the most loving, loyal and smart people you'll come across, but it takes a while to understand them if you're not familiar with how an introvert functions. If you're dating, married to or friends with an introvert, this list is for you.

1. They won't let you in right away

Introverts don't tend to have a ton of friends, but the ones they do have are extremely important - they'll do anything for them. They'll make sure they know they can trust you and that you'll be a good friend before they let you get close.

When you're first getting to know an introvert, they probably won't answer every one of your calls. They don't love to be called out of the blue because the thought of small talk is sort of stressful. As you get to know them better, however, they'll get more comfortable with your calls.

3. They're probably not excited about your friend's cousin's party

Introverts often enjoy going to parties, but don't necessarily love meeting a ton of new people at once. If you're taking your introverted boyfriend to a party where he doesn't know anyone, make sure you don't abandon him and go off with your other friends. He definitely won't appreciate that.

4. They don't want to talk about the weather

Introverts hate small talk, but not for the reasons you think. There are misconceptions that introverts are stuck-up and hate people, but they would just rather discuss important subjects. For your introverted partner, deep conversations mean more than idly chatting about your day.

They notice everything you do. Not in a creepy way - introverted people just notice the small things that will either make or break your potential relationship with them.

6. They won't want to go out every weekend

They're up for a good time, but don't ask your introverted girlfriend to go to a party every weekend. She loves to spend one-on-one time with her mister and would rather give all of her attention to you, instead.

7. People can exhaust them

8. They're committed and trustworthy

Once you get to know an introvert, they'll be one of the most committed people in your life. They make amazing friends and partners, and they'll never tell your secrets.

Introverts love to listen rather than talk. But when they do offer an option, it's usually pretty solid advice (due to the amount of time they spend thinking about what to say). Your darling introvert likes to observe and think before they speak, which makes for a great conversation.

Introverts hate confrontation. They are very good at observing people's feelings, and if someone is in a bad mood they'll most likely know and avoid them. They thrive on positive energy and love to be around positive people.

If you're dating, friends with or married to an introverted person, you already know they're some of the best people in the world. They will change your life, make you better and teach you things you wouldn't have known otherwise. It just takes a minute for all these great things to happen. 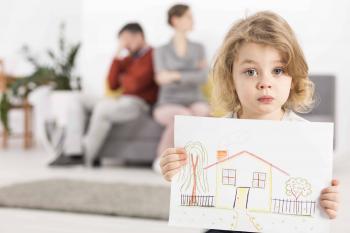 What to Say When Your Child Asks Why…