10 things you should never say to singles. Ever.

These 10 well-meant remarks will sink your single friends' hopes faster than a torpedo.

Need a quick etiquette crash course in what you should or should not say to your "relationship-challenged" single friends? For the awkward situations that come up at dinner parties and dreaded family gatherings (anytime those who are in relationships are thrust into the company of those who are not), avoid these well-meant comments that are not always well-received.

I present a helpful list of 10 things you should never say to singles. Ever.

This statement is often delivered with a wink, nod or smile, and the obvious answer to this statement is, "Well, why don't you become single?" It would be worth seeing the reaction just to use this line. Long story short, most singles do not want their single status waved in front of their faces.

This question is just downright rude. What is the single person waiting for? It isn't a bus or a train. He or she is waiting for someone to care about - someone to care about him or her in return. Inherent in this question is the idea that the single person's expectations are too high. Really? Take care not to advocate settling for the first decent opportunity. Divorce rates tell us how well that works.

8. "There are plenty of fish in the sea"

This is helpful if the single person is looking to make a tuna sandwich - not so great for a single with an empty net or untouched bait. This adage is meant to make a person feel better, but sometimes all it does is conjure visions of a vast ocean of indifference.

The person saying this means well but, in saying it, points out that nothing has happened yet. Singles begin to wonder if "it" will ever happen. Why isn't it happening yet? What is wrong with them? What are they missing? A downward spiral of self-doubt and self-loathing begins.

This phrase brings to mind all those memes of Nicholas Cage saying, "You don't say?" Besides being an observation of the obvious, this statement isn't necessarily accurate. What if the single person feels that the right one already came along, that the best chance has already been blown? These sensitive singles can begin to feel like they are cursed to wander the earth, unwanted and alone.

5. "You're having too much fun to settle down"

The desired effect of this sentence is to make the single person take stock of life and see the error of his ways; however, the actual effect may inadvertently imply how unhappy the speaker is with monogamy. Why suggest that it's fun to be single? This phrase makes a single person question if a committed relationship is really all that great.

Dating "success rates" do not necessarily improve by interviewing more applicants. Remember, you don't find a good book to read by going to the library and pulling all the books off the shelves.

3. "How do you know which flavor is your favorite if you don't try them all?"

Ah, the old "vanilla theory" raises its ancient head. Let's think about this idea. Go out and taste all the flavors? This particular metaphor may not be the best way to promote a strong, committed relationship. (Besides, what if the single person is just lactose intolerant?)

A single won't feel better about his lack of love just because someone else is more miserable than he is. Misery loves company? In this case, it doesn't work that way. A single person does not go around smiling at the idea that someone else was just "too stupid to know what he was missing."

A single who hears this knows he's just been relegated to the status of "street corner bum," begging for the emotional equivalent of spare change. "Please, can you spare some caring? Anything will help." The epitome of pity, this statement just singles a single out like a blue light special at K-mart.

In today's world, the art of communication may be on life-support, but it isn't dead yet. Strive to better your interactions with those around you. (Who knows? Maybe someday there won't be social media and we will be forced to actually speak to one another.) Remember, while singles do have similar lapses of judgement that they themselves commit when talking to married folks, be mindful of the fact that those who "have not" are usually a lot more sensitive than those who "have."

Kent Larson is from Phoenix, Arizona. He's been happily married for 30 years. They have two sets of twins and he's been teaching for 26 years. His interests are his family, writing, reading, music, and movies. Find him at kentalarson.wordpress.com.
nextarticle 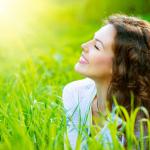