10 Ugly Things Awful Wives Do to Their Husbands

If You Want to Have a Happy Marriage, Stay Away From These 10 Ugly Habits.

This article was originally published on NurturingMarriage.org. It has been republished here with permission.

Alright, "awful" may be too strong of a word (since nearly everyone has done these before, and that certainly doesn't make you awful). Nevertheless, here's a list of 10 ugly things you may be doing to your husband that aren't helping your marriage:

Believe it or not, your husband's a pretty smart guy. Really, he is. He hears what you're saying (most of the time), he understands what needs to get done (most of the time), and he fully intends to follow through (most of the time). But, he'll do it on his own time and in his own way, and there's no amount of nagging you can do that will change that. Nagging will only create tension.

Your life may not be perfect, but complaining about it certainly won't make it any better. Of course, it's important to be able to share with your husband the things that bother you, are hard for you and make you frustrated or upset. But make sure those aren't the only things you share with him. Constant complaining and negativity can take a toll on any relationship. So, try to keep things positive.

We know, you and your girlfriends like to get together and chat about everything under the sun. But sometimes it goes too far. Your friends might want to know everything about your personal life, but sometimes that's just TMI. Don't rag on your husband to your friends - even if they're ragging on their own husbands. Try not to correct him in front of others. If there are issues that need to be addressed, find a quiet time when you can talk and work through it together - just the two of you.

Most husbands aren't perfect, and most of them know it. Despite their imperfections, it turns out that most men actually respond quite well to correction when it's given in a loving and constructive way - they simply want to feel respected in the process. There are many ways you may be knowingly or unknowingly disrespecting your husband. Common ways include constantly interrupting him while he's speaking, not consulting him on important decisions, or always second-guessing his decisions.

5. Prioritizing others ahead of him

We know you're busy - perhaps, very busy. You may have work responsibilities, community responsibilities, children running in seemingly every direction, a class to prepare for and dinner in the oven for the new neighbors next door. Everyone must think you're amazing - except your husband. He might be feeling a little neglected. Please don't forget about him by prioritizing everyone and everything ahead of him. He needs to know that he's your number one priority.

Sex should never be used as a bargaining chip. Going down that path will turn what should be the ultimate unifying experience between husband and wife into a cheap game. This isn't a game, it's your marriage. Your intimacy needs may be different than his, but that doesn't mean you should treat it like a gift you would give a puppy for being good. If there's something that makes you want to withhold sex, then work through it together.

7. Spending Too Much Money

You knew this one was coming, right? While this certainly isn't always the case, it seems to be more common that the husband is the cheapskate and the wife is the spender. We know you don't want to stay at Motel 8 when you could stay at the Ritz Carlton, or eat at McDonalds when you could chow down on Morton's. We get it. Every couple's financial situation is unique, but it's a well-known fact that money issues are at the heart of many divorces. If you and your husband aren't on the same page financially, conflict and tension may escalate out of control.

Your husband is a grown man (even though he may not always act like it), and he didn't marry you because he needed a second mother. So don't act like one. Rather, be his best friend and someone he can confide in. Fight the urge to micro-manage him, be overly nosey about every minute of his day or make decisions for him. Letting him talk and share things with you on his own time and in his own way will be far better than trying to pry information out of him.

Your husband loves you a lot. He wants to measure up to everything you ever hoped for in a companion. But, sometimes your expectations may simply be too high. He may be Superman, but even Superman had limits. Now, we're not suggesting you lower those expectations, but just remember that some things take time, and there's no need to get frustrated if progress seems slow. Many husbands feel enough pressure from their employers, neighbors, or in-laws to be better and don't need to feel that from their wife as well.

10. Stepping on his Toes

Men like their own space and their own areas of responsibility. It makes them feel empowered. So, you can imagine how your husband may feel when you waltz into his domain and take over. He may feel challenged and get defensive. It may seem like a power trip, but really it's just the innate desire he has to own a task and see it through to completion. Roles look different in every marriage. Regardless of that division of responsibility, let your husband own his roles. Don't step on his toes. Let him do his thing and express appreciation for a job well done.

We realize marriage is a limitless amount of work. But by abandoning these ugly habits and replacing them with loving acts, you can enjoy the limitless amounts of joy that come from a satisfying marriage.

Oh yeah, and men, this applies to you as well: 10 ugly things awful husbands do to their wives.

Aaron & April are the founders of Nurturing Marriage, a website dedicated to strengthening marriages. They enjoy playing football with their two little boys, watching sports, eating cereal late at night, and going out for frozen yogurt.
nextarticle 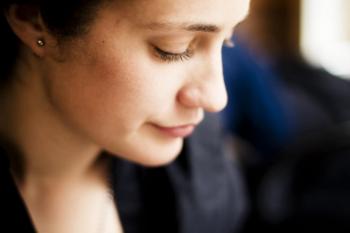 One Miracle Tip to Help You Get Through…