12 Things That Make Your Man Lose Interest in You (Immediately)

Avoid These at All Costs (Especially 8 and 9).

There are several things you unknowingly do that push your man away; most of these behaviors are not major, but rather opposite. But they may be the reason the man you love seems to lose interest in you without any explanation.

Avoid these 12 things and your love will change:

From my point of view, what men call despair, I see more as genuine interest. I'm one who thinks there's nothing wrong with telling someone what you feel, think or want. However, in the world of relationships with the opposite sex, the rules are a bit different for everyone.

It's OK to show interest, but to keep a man interested in you, the less interest you show, the less you seek him and the less time you spend with him, the more likely you will drive him crazy (in a good way).

Many women mistakenly believe playing "dumb" or acting naive is something that attracts men. If you do this, you should stop immediately.

The truth about this subject is that men will have more serious intentions with the woman who is both intelligent and mature. Pretending not to know anything will only take your relationship to a certain point.

3. Talking about your ex

There is no good way to talk about your ex in a new relationship. Even if he asks you about your ex, give the shortest answer you can. Of the millions of topics you can talk about, never choose your ex as the subject.

Women who make things easy for men do so because they lack self-confidence, and are afraid that if they don't cater to his every wim, he will look for someone 'better." This idea could not be farther from reality.

If the man you love cannot lift a finger for you, you should leave now and save yourself from heartache. Men who don't have to work for a relationship lose interest immediately. Value yourself and make him work for what he wants.

5. Doing everything for him

They sought you to be their wife, not their mother. There is nothing that makes a man lose interest in a woman more than a woman who wants to do and decide everything for him.

6. Demanding too much from him

Nobody should be forced into anything. If you start to order him around and expect him to do what you want, it won't be long before he leaves. Above all, never forget that you are a lady, and although you must stand your ground, you shouldn't cross the line.

7. Being someone you're not

Many women confuse the fact that they must make a man work for his love. Be yourself and respect yourself, if not, he will love you for someone you are not.

Nothing is worse and more confusing than this. If you said it was OK for him to go out with his friends, do not get angry later and tell him you really didn't want him to. Keep your word and behavior in line with the messages you send.

While there is a percentage of men who enjoy gossip, this behavior is more common in women. Most men don't like this and you should avoid doing so, as well as avoiding making negative, false or malicious comments.

And remember first and foremost that you should never criticize yourself or your significant other.

Once is OK, two is tolerable, but a man won't stand for this kind of habit. You should always strive for punctuality.

It's nice to find someone who has the same things in common with us, but it's only cute if it's true. If you're imitating everything he does to make him like you more, do not expect him to stay with you for long. He wants to love you for who you are.

It's great that he is the man and will pay for most of the dates, but most doesn't mean all of them. You can offer to pay from time to time. It doesn't mean he will accept, but you should at least make an offer. 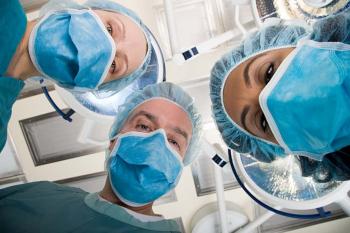 Woman Wakes Up Right as the Surgeon is…