14 qualities all beautiful women have in common

How Beautiful Are You?

"Look in the mirror and stop seeing yourself as fat, as pimply, as pale, as scraggly - as flawed." That's what people say. "Just stop seeing everything that's wrong with your appearance. When you look past all that, you will see a person that's beautiful. Then you can be truly self-confident."

It might seem that all you need to do is become confident in your appearance, then you'll feel great. But the key is actually to stop caring about your appearance entirely.

Your physical being is only one piece of your entire person and it's a piece that actually says little about you because you have such a small amount of control over it.

So instead of developing confidence in how you look, start working to disregard how you look altogether. Here are 14 things that make a woman beautiful that have nothing to do with her physical appearance:

1. She makes other people feel beautiful

A beautiful woman isn't as concerned that other people see her beauty as she is with helping others to see their beauty.

A beautiful woman doesn't hide herself under layers. This doesn't mean she's inappropriately blunt, but it does mean she is true to her feelings and owns up to them.

When affirmation comes, she welcomes it, but it's not something she relies on. The only validation a beautiful woman needs is from herself.

A beautiful woman doesn't accept less than she deserves. She knows what she's worth and she expects that. If she doesn't get it, she goes to work.

A beautiful woman has an opinion and she has confidence in it. She makes her voice heard because she recognizes its value.

A beautiful woman knows who she is and she loves that person.

A beautiful woman is aware of her weaknesses, but she isn't defined by them. She is excited to improve.

She has walked miles in another woman's shoes. She might not agree with everyone she meets (in fact, she definitely doesn't) but she does listen and respects other points of view.

Beautiful women believe in something.

Even though a beautiful woman is capable, she also values the help other people offer and isn't too prideful to seek it out.

13. She doesn't take anything for granted

A beautiful woman is grateful. She is thankful for all the things that make her life exceptional and recognizes that she isn't entitled to any of them.

14. She cares about her world

A beautiful woman hopes the world can be a better place and she is active in realizing that dream. She is involved in everything from great social changes to executing small acts of kindness that are deeply meaningful.

You can make the world a better place by sending the gift of light to people who don't have access to electricity. Without light, people in Uganda can't get an education, find access to water or care for family members. Be a beautiful woman by buying a flashlight from Zero Impact Living today for these people in need.

Give the Gift of Light - Presented by Zero Impact Living

Give the gift of light this holiday season.

Donations can be made at: http://www.zeroimpactliving.com/gift-of-light.html

Posted by I Love My Family (FamilyShare.com) on Wednesday, November 23, 2016 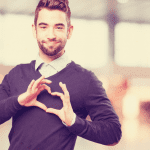