Don't let him break your heart ... you deserve so much better.

New relationships are fun and exciting, but there are always a few underlying worries. What if he doesn't actually want a relationship? What if he strings you along only to break your heart in a few months?

Even though it is fun, sometimes you can't tell whether or not the relationship will go anywhere. Unless you want to just wait aroud to find out if he'll break your heart, pay attention to these subtle signs he's just leading you on:

Every man should be genuinely nice to their girlfriend, but if he's giving you compliments every five seconds (and it seems fake), he's a man who loves the thought of being in love, but he doesn't necessarily love you.

You'll text nonstop for two days, but for the next two weeks, the texts are short and sparse. That's because he'll only talk to you when it's convenient, but won't go out of his way to start a conversation.

The plans always fall through, and he has a million excuses ready to give you when you ask why he's busy this weekend.

4. He won't say the word "girlfriend"

You've been hanging out, going on dates and maybe you've kissed a few times, so why won't he call you his girlfriend? It's because he doesn't want to commit ... and he knows you'll be there for him, whether he calls you his girlfriend or not.

In a perfect world, you'd both share the "texting first" responsibilities in a new relationship. But if you're always the one starting and keeping up the conversations, he's probably leading you on.

6. He always needs something

7. He won't introduce you to anyone

This one is obvious. If he won't bring you around the people he cares about or he doesn't tell his family about you, he probably doesn't see a future with you.

8. You always hang out in big groups

When he wants to hang out, he's always inviting you to big group activities instead of spending one-on-one time together.

9. He tries to avoid pictures

Maybe he just doesn't like pictures, but maybe it's something else. If he's constantly posting about everything except you on social media, there might be a problem.

You've been waiting for a text or phone call all day to make plans with him, and when he finally gets around to texting you hours later, he's suddenly available. You should never be anyone's second choice.

11. He's weirdly secretive with his phone

I'm definitely not saying you should be going through his phone (especially in the early stages of the relationship) but he should feel comfortable letting you take a picture or pick a song on his phone. If he's weirdly secretive, he could be hiding something.

12. He avoids talking about serious topics

He avoids the "determine the relationship" (DTR) talk like the plague. He doesn't want to tell you he's not in it for the long haul, but he wants to keep you around.

13. You doubt the relationship

If you have a bad feeling about it, it's best to listen to what your heart tells you.

There are circumstances where you'll meet a wonderful man who is practically flawless, and it's totally genuine. But when you sense he's acting so charming just to get something he wants, you're probably right.

Know the signs so this doesn't happen to you. You don't deserve to be lead on - you deserve to be loved more than anything. Remember, your worth is far greater than you can imagine. 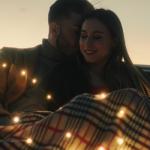 7 Things Your Husband Secretly Wishes You Would…