Published as a Companion Article to an Originally Portuguese, Soon-to-Be Translated "15 Things That Women Find Annoying in Men," This Article Finds the Worst Complaints Coming From Men About Women and Compiles Them into Just Under a Thousand Words!

After listening to some of my friend's complaints and murmurings on Facebook walls, I decided to dive deeper into the subject and scour the internet for complaints about women posted by men.

Now, my dear friends, prepare yourselves, because the worst of it is coming! As you read, treat the exposed information as counsel on how to be better, not as demeaning. Ask yourself, would you put up with yourself if you were your own husband, fiancé, or boyfriend?

So, take a deep breath and read about 15 things that make men want to disappear, along with what the woman says to do so:

Most readers will agree with this one. A man gets easily annoyed when a woman cannot let go of the things she does not like. Men do not like a woman who tries to solve problems by arguing about it in front of everyone.

To onlooker: "What you looking at? Don't you see that he is got someone already?"

The dramatic women love to create a storm in a glass of water. Crying helps them seem more convincing.

"That outfit is awful! I'm not going anymore! You can go by yourself, if you like!"

Among the worst complaints are against those women who are almost neurotically untrusting.

"Who is that woman in front of us? She's looked in the rear-view mirror twice now!"

You have no clue how annoyed a man gets with shouting.

YOU DON'T EVER LISTEN TO ME! YOU WOULD MUCH RATHER TALK TO YOUR FRIENDS!"

She is the type of woman that finds faults in everything. Nothing is the way she wants it.

"It would have been better had you done it my way."

"What you laughing at?"

These women do not like the fact that men have freedom of choice. They believe that men do not know how to use their agency well or even that they do not possess the maturity to do so. Generally, they act as if they were his mother.

"You are no longer allowed to use that shirt! It is horrific!"

These women do not think they are worthy of their companions. They always question themselves about their feelings and the man's taste in women.

"You think that she's prettier than me, don't you? I bet if she looked this way, you would totally go after her and leave me behind."

Single boys have a lot to say about this attitude. They show interest in a girl and she shows interest back, but she soon acts distant. Boys feel very confused with this type of attitude.

Those men that are no longer single also have their own two cents to put in. Not being able to pick which clothes to wear, which place to go, and other similar decisions leaves men impatient and irritated.

These are the women with the inability to be direct or state what they want. They think that men have a crystal ball attached to their brains. Not only do they hope that the man will guess what they are thinking, they hope that he deciphers the "woman code," which is given through looks, small gestures, a nose scratch or any other similar signs.

"You just don't understand me."

Emotionally dependent women are a burden to men. They do not understand that men need to breathe, have some personal time, and demonstrate total dependence on their love. These kinds of women are similar to gum on a shoe.

"You haven't even left yet and I already miss you!" "Without you, I would die!"

The greatest complainers are married men, since single women don't usually make this mistake during dating times. Men like having a good-looking woman by their side!

"People need to stop worrying about the small details."

Think more about the things that she can obtain by relating with a man, than the type of person he is.

"What year was your car made again?"

Women like to fish for attention at whatever cost, including being revealing in their attire.

"My body is beautiful, so I'll show it."

They do not like to do things openly and do not feel comfortable exposing the truth. They prefer to omit a fact or two to telling the truth.

"I don't know what you are talking about."

Well, there you have it, women. These complaints do have a foundation, don't you think? So, don't get angry about it. But fight the stereotypes and make a few changes to improve your relationships and yourselves.

Erika Strassburger is Brazilian, mother of three cute and funny boys. She earned a bachelor's degree in Business Administration 20 years ago. Now, she works as a freelance writer and translator. She loves oil painting and ventures sometimes in this artistic work.
nextarticle 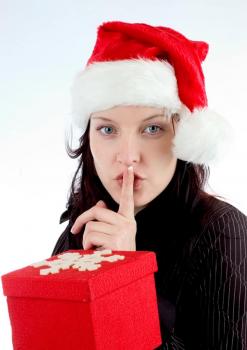