16 thoughts every girl has on the first date

The first date is usually incredibly awkward. So many things can go right, but more often than not, they go wrong. If you're as socially inept as I am, you'd much rather stay home and watch Netflix or read a good book rather than go on out on a date with someone you hardly know. The only thing that will drag you out of the house is if your date is extremely attractive or someone you know will be fun. Hot or not, every girl has these 16 thoughts go through her head on the first date.

1. What should I actually wear?

He never said exactly where we're going or what we're doing which means I don't have a clue what to wear. So I'll spend the days, hours and minutes leading up to the date incessantly checking the weather and putting on five different outfits (at the very least).

2. What time is actually late anyway?

If he's on time and I'm not ready, he's early. If he's early, he's gonna have to wait. If he's late, he's right on time because there's no way I'm going to be ready early. But if I am ready early, I'm ready for this date to get started (or just never start at all). Makes sense, right?

Let's face it: Facebook pictures don't do anyone justice.

4. Okay. But is he going to open the car door for me or not?

I'm an independent person I can open the door for myself. Except it's super cute and nice that he does it. But what if he doesn't? What do I do then? Just open it? Ugh, this is so confusing. Oh. Now he just said to not open the door next time. He'll get it. How sweet! I think?

5. Just act casual. Be yourself

I just have to keep telling myself to act casual. Because being myself is so easy around people I don't know. Cue the awkward.

6. Whatever you do, don't make a fool of yourself

Because nothing is worse than spilling my drink all over the table at dinner or running into a pole on a late night stroll.

7. Pretend like you don't already know everything about him

Sure, I looked him up on Facebook before the date...and all other forms of social media but I sure hope I don't bring up anything he hasn't already told me. The last thing I want is for him to find out I've been Facebook stalking him.

8. I've forgotten what words are

Nothing comprehensible is coming out of my lips so I'm just going to stand here and look pretty until he says something that actually makes sense and I can respond in the best way possible.

9. I'm the most awkward person who ever existed

Was he reaching for my hand? Did that mean he wanted to hold my hand? Why am I giving him a thumbs up anyway? What am I actually doing?

11. I really need to use the bathroom

Everywhere I look, all I see is the restroom sign. Time to make a fast break.

12. Why is he talking about such serious stuff?

I don't want to talk about politics, school or anything that is serious and boring. Let's talk about something more original, like the one place in the world you've never been that you've always wanted to go. Get creative!

1. behave as though attracted to or trying to attract someone, but for amusement rather than with serious intentions. "It amused him to flirt with her"

2. experiment with or show a superficial interest in (an idea, activity, or movement) without committing oneself to it seriously.

3. deliberately expose oneself to (danger or difficulty).

14. My BFF is gonna get an earful about this whole date when I get home

But only when I get home. My phone has been steadily buzzing all night long and it has taken all of my self-control to not look at it. Steady texts are coming in from not only my BFF, but my other BFFs, and my mom, dad, brother and sister have all texted/called throughout the course of the date to find out how it's going. Patience is a virtue!

16. By the end of the date I can't help but feel like this

Another successful date has come and gone. We made it through. Now it's time to get in my pajamas and treat myself...and worry about everything else that comes after the first date. 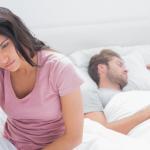 7 Hidden Signs That Your Husband is Falling…